Trojans too much to handle for Wilcox Central 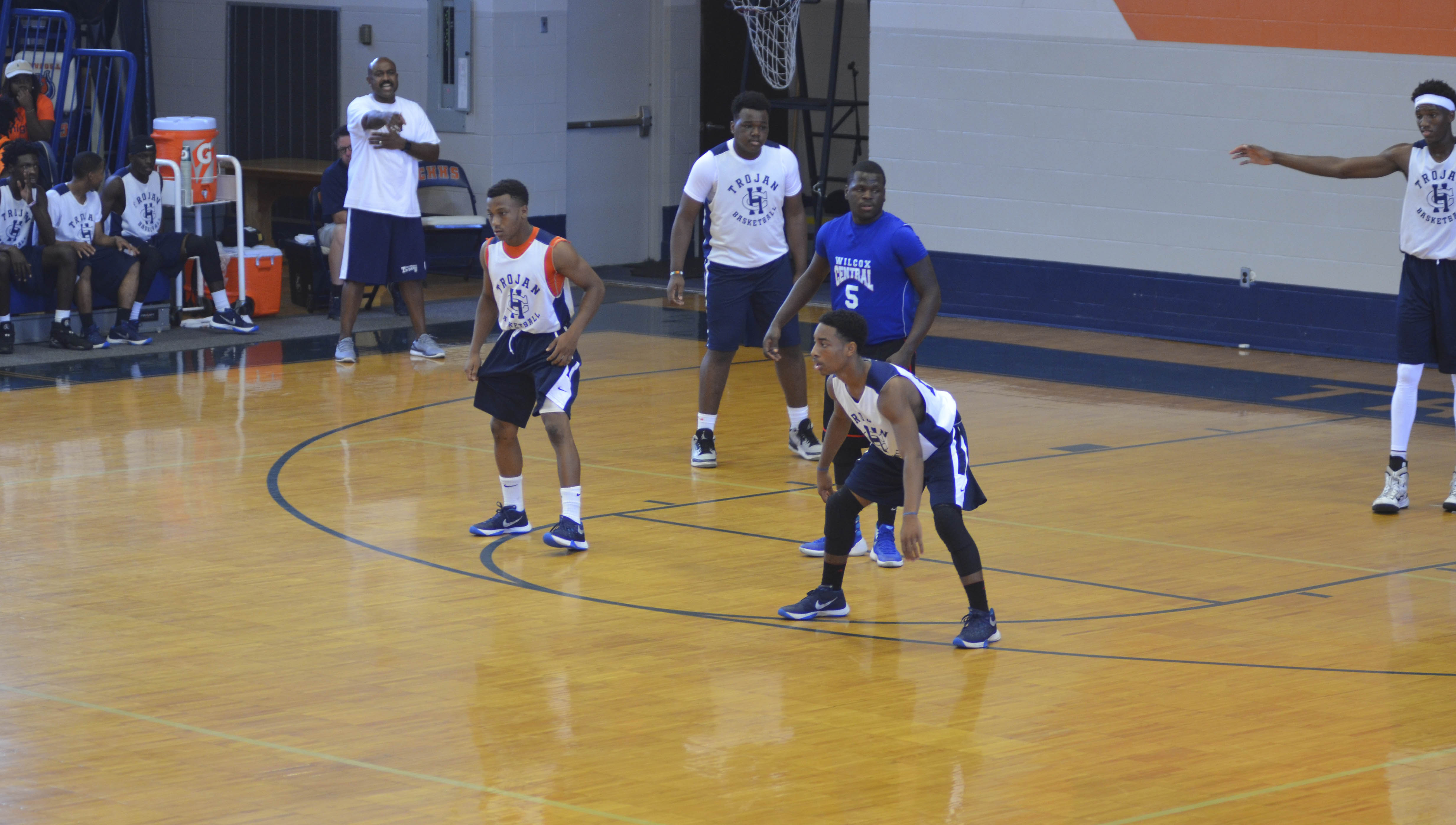 The Lady Trojans stayed undefeated and the boys picked up their first win of the summer on Monday evening when CHHS faced Wilcox Central.

The Lady Trojans jumped out to a big league in the first half and rode to a 44-18 win while the boys clinched and aggressive 43-33 win over the Jaguars.

“I thought we improved on just talking,” said Lady Trojans head coach Dyneshia Jones. “They communicated with each other defensively and in transition they looked to the pass to the person in front of them. They did better today.”

Turnovers played a big factor against Eufaula a week ago and with the improved communication on Monday the team was able to cut those turnovers down. They also held the Jaguars to 18 points, thanks to a suffocating defense.

It took over four minutes for either team to get on the board. The Trojans took a 16-6 lead into the half. They pulled ahead by as much as 21 points in the third before winning by a comfortable 26 points.

The Trojans had a total of eight players get on the board and they were led by Maori Davenport who finished with 10 points.

“Everybody wants to score,” Jones said. “When you play basketball and you are competitive, it feels good to score.”

The boys started the summer season 0-3 and head coach Shelby Tuck said he was ready to see the players’ good work pay off.

“I saw improvement,” Tuck said. “Like I said at the beginning, it’s going to be baby steps. The first game we played we weren’t smart. We still made some bonehead mistakes but they are learning the process.”

From the opening tip, the Trojans played with strong intensity on both sides of the basketball.

“It’s great. We have been grinding this summer,” Tuck said. “Those guys are starting to buy in on what everyone is telling them.”

The Trojans had seven players put up points in game two. They were led by Josh Roberts and Kelshun Campbell, who each had 10 points.