Angels face Taylor-Rehobeth in first round of districts 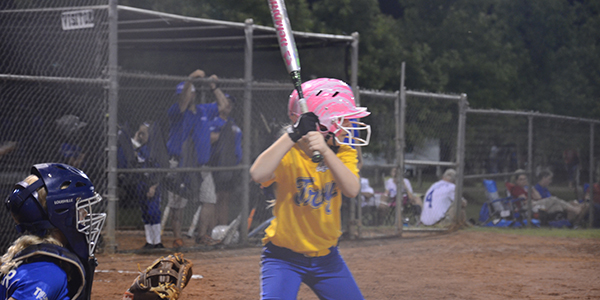 After falling behind 12-2 early, the Troy Angels battled back to tie the game at 12 sending the game into extra innings.
MESSENGER PHOTO/MIKE HENSLEY

Heading into the District Tournament in Greenville, Angel head coach Terry Garrett knew the key to his team’s success was to limit the opposition’s walks and have his pitchers stay in the strike zone.

In game one of what turned out to be a double-header to decide the Sub-District One Championship, the Angels walked a total of 18 batters, which contributed to total of 12 runs they let up in the loss to Luverne.

In game one, the control problem that plagued the Angels’ pitching staff once again reared its ugly head.

In their first round game of the District Tournament the Angels took on Taylor-Rehobeth.

In the first inning Taylor-Rehobeth had their first four batters reach base in the inning. Of the four base runners two of them were awarded first base via walks.

Troy battled back in the bottom of the second inning and scored two runs to cut their deficit in half. Aerial Frazier began the inning with a base hit.

In the second inning Taylor-Rehobeth picked up right where they left off. They had nine batters reach base on walks. They went on to score eight runs in the inning.

By the end of the fourth inning the Angels did what they have been doing all tournament season long. They battled back and tied the game at 12, scoring 12 unanswered runs.

TROY DARLINGS: Troy Darlings face off with Dothan in Greenville, come up short falling 15-4 in first round

After a rain delay that lasted approximately 90 minutes, the Dixie Darlings played hard in a 15-4 loss against Dothan... read more