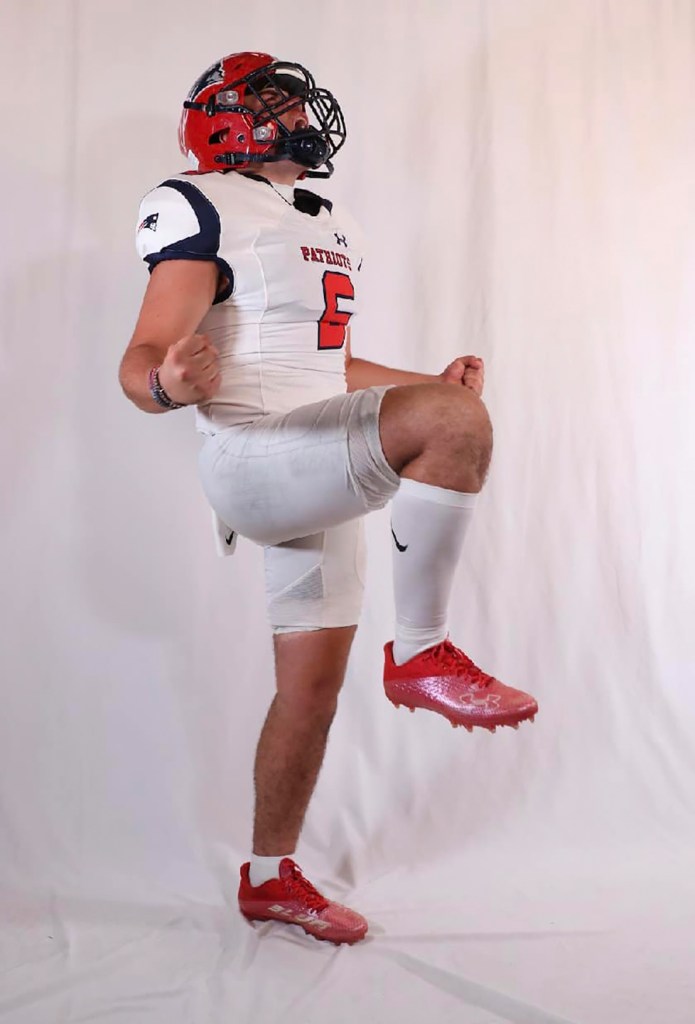 Renfroe chose Delta State over offers from other schools like North Alabama, West Alabama and Belhaven. Renfore, whose brother plays at Troy, also held a preferred walk-on offer from Troy. Renfroe played on the offensive line, at linebacker and was a punter for the Patriots this season but will play linebacker in college.

“I went up there on a visit this past weekend and I just loved the program and loved the coaches,” Renfroe said of Delta State. “The coaches are doing great work up there and I’m just excited to join what they’ve already started. I was looking to play linebacker and their defense is a great fit for how I play, so that went into the decision, as well.”

The 6-foot, 205-pounder earned All-Messenger honors this season as both an offensive lineman and linebacker. He also earned Pike Lib’s Most Valuable Defensive Player Award. Along with being the PLAS leader on the offensive line, Renfroe tallied 102 tackles, 21 tackles-for-loss, 4.5 sacks and three fumble recoveries. He was also Pike Lib’s primary punter this season.

Renfroe said he intends to get on the field early and often at Delta State.

“The goal is to go in and try to earn a spot,” he said. “I know most first years don’t play and I’m willing to take my time on the bench but I want to go in and help as soon as I can.”

Renfroe is the second Troy native to commit to Delta State this week after Charles Henderson senior Connor Jones committed to play at the school on Tuesday. Renfroe and Jones were teammates at Pike Lib for two seasons before Jones transferred to Charles Henderson. They will be reunited at Delta State.

“We both played together (at Pike Lib) and we had a really good two years together,” Renfroe said. “I saw that he committed yesterday and I actually had already committed (to the team) at the time. I’m really excited to be able to play with him again.”

National Signing Day is on Feb. 1.