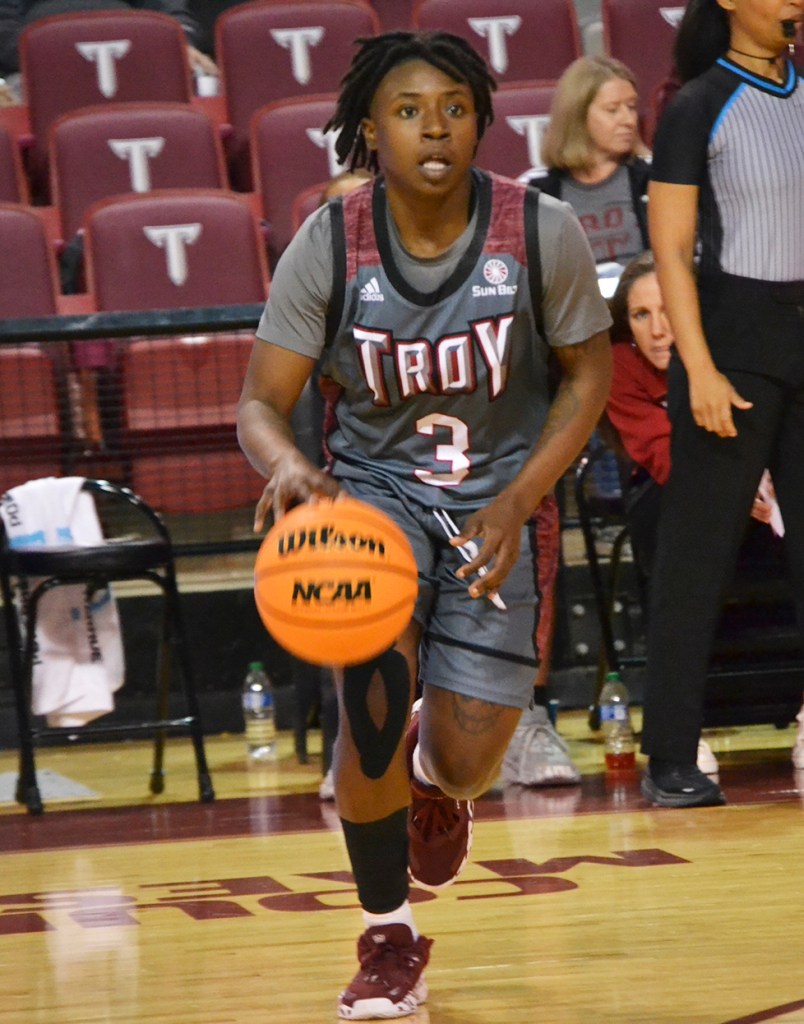 Makayia Hallmon (3) scored 33 points in a loss to ULM on Saturday. (Photo by Josh Boutwell)

The showdown between the two schools was the first regular season meeting on the hardwood between the pair and while Troy came up just short, the Trojans extended their school-record of 11 straight games scoring at least 75 points. It also marked the most points allowed by JMU all season long.

Troy’s Makayia Hallmon exploded, scoring 25 points in the fourth quarter, as the Trojans rallied. Hallmon buried a jumper to cut JMU’s lead to 71-69 with 2:40 left but the Monarchs answered with a layup to stretch the lead back out to four points. With 2:11 left, Hallmon knocked down another jumper to cut the lead back to two again.

Hallmon led all scorers with 33 points in the loss along with four steals on defense. Tai’Sheka Porchia added 16 points and Amber Leggett grabbed eight rebounds. Sharonica Hartsfield tallied nine points and eight assists in the win, as well.

Troy is back at home against rival South Alabama on Thursday followed by another home matchup with Georgia Southern on Saturday, Jan. 28.