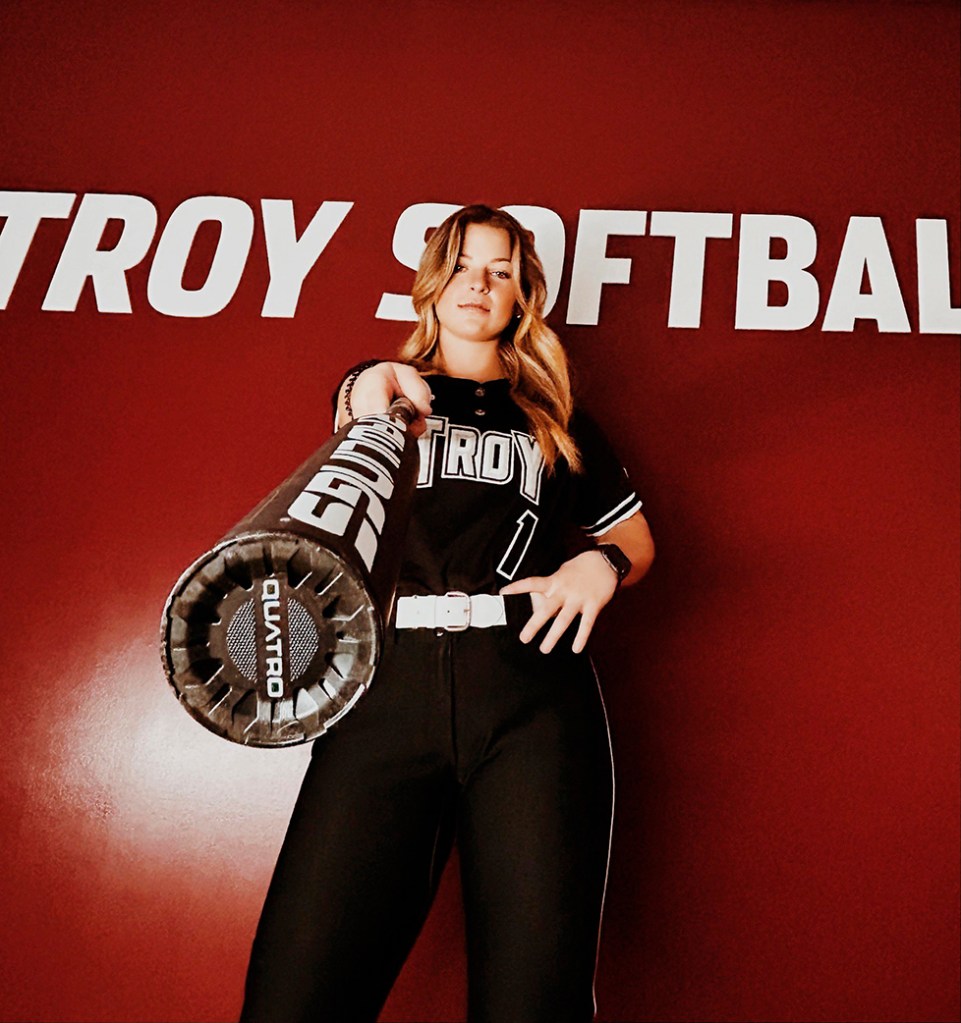 The JUCO product earned three home runs during Wallace-Hanceville’s run in the NJCAA Tournament last season. She boasted a .327 batting average with 35 RBIs, eight doubles and 12 home runs during her freshman season. She ranked sixth in the entire ACCC in homers and second on her team. Defensively, Brake had a 95 percent fielding percentage with 58 putouts, four assists and two double plays.

Brake is a Gardendale native that earned Class 6A Hitter of the Year, ASWA All-State First-Team and ASWA Super All-State honors as a senior in 2021. Brake held a .514 batting average with a team-record 22 home runs, 70 runs, 66 RBIs, 19 doubles and 10 steals as a senior. She also belted 38 career homers during her Gardendale career.

When Brake joins the Troy program, she will become the second member of the 2021 Super All-State team to become a Trojan along with former Brantley star Kayden Dunn. Brake and her Wallace-Hanceville teammates will look to repeat as ACCC Champions this spring.