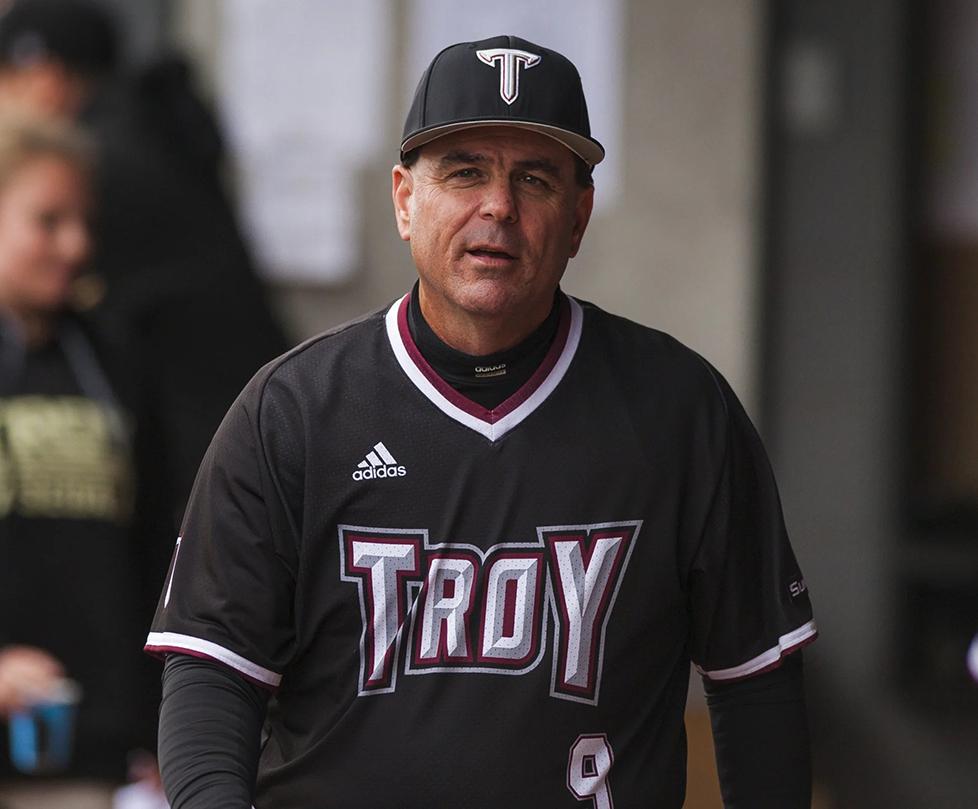 One of the headliners of the class includes longtime Troy Baseball player and coach Mark Smartt. Smartt played for Troy in the 1980s and was a member of both the 1986 and 1987 NCAA Division II National Championship teams. As a junior, he boasted a .405 batting average and he holds a career .379 batting average, which ranks fourth best in Troy history. Smartt earned All-Gulf South Conference twice and All-Region and College World Series All-Tournament in 1987.

Smartt’s daughter Taylor Smartt played softball at Troy and was an assistant coach with the Trojan softball team for eight seasons, including one as interim head coach in 2022. Mark Smartt’s son Chase Smartt also played at Troy and is currently the head baseball coach at Charles Henderson High School, where Mark Smartt assists him, as well.

Representing softball in this year’s Hall of Fame class is former Trojan player Barbara Sherwood. She was one of the best softball players for the Trojans in the 1990s, serving as starting catcher and team captain for three seasons. During her career, Sherwood hit .246 with a home run and 46 RBIs. Sherwood also played for two seasons with Troy volleyball. Following her playing career, Sherwood served as an assistant coach at Troy for five seasons before going on to be an assistant at the College of Charleston, Virginia Tech, Wisconsin and Florida State. She also served as head coach at Portland State and spent time as head coach of the Akron Racers of the National Pro Fastpitch professional softball league. Sherwood currently serves as a softball instructor at Capital Strike Zone in Montgomery. 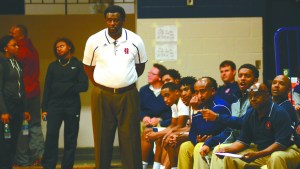 Men’s basketball has two representatives in this year’s induction class. The first is Carl Hollis, considered to be one of the best players in Troy Basketball history. He broke the school’s scoring record during his career and currently sits at fifth all-time with 1,747 points. He was the 1975 Gulf South Conference Player of the Year and was the first player in Gulf South history to earn all-conference three times.

Hollis was also named All-American in both his sophomore and junior seasons. His 789 career made field goals ranks first in school history and his 1,124 rebounds also ranks second in Troy history. Following his playing days, Hollis went on to become a police officer and was both a teacher and coach at Charles Henderson. Hollis coached at CHHS from 1995 until 2018, earning 10 area championships, two Final Four appearances and three Elite 8 appearances.

Also representing men’s basketball is Rhodney Donaldson, who was also a star baseball player at Troy. Donaldson is the 11th leading scorer in Troy basketball history with 1,363 career points. He was also the first Trojan to score more than 1,000 points in Division I. He ranks in the Top 10 in Troy history in points per game, field goals made, three-pointers made, free throw shooting, assists and steals.

He also earned All-Mid-Continent Conference honors twice in baseball and was drafted by the Florida Marlins in the 1997 MLB Draft. He earned a .329 career batting average with 16 doubles and 11 home runs. Donaldson played for two seasons in the minors, playing for the Utica Blue Sox and the Kane County Cougars. He also played for three seasons in the independent Texas-Louisiana League.

Force was a member of the men’s golf team as a student at Troy and after graduation was named head women’s golf coach. Following his Troy coaching career, Force coached professionally and was a general manager at Willow Creek Golf Club in South Carolina until his death in 2010. 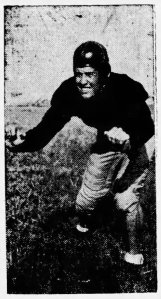 Representing the football team in this year’s class is the first All-American in Troy Football history, Sherrill Busby. Busby is one of the greatest punt blockers in football history, earning 23 career blocked punts during his playing days, including a school-record 11 in 1938 when he earned All-American honors. His 23 blocked punts is also the Troy career record and he blocked four punts in a win over Memphis in 1937, which is the single game Troy record, as well.

Busby went on to play for the Brooklyn Dodgers in the NFL, becoming the first Troy player to ever play in the NFL. Following his playing days, Busby served as a decorated Army Air Corps World War II veteran before entering the high school coaching world. He was the head coach at Highland Home from 1955 until 1959. Busby passed away in 1960 at the age of 46.

The final induction to this year’s class is longtime Troy Athletics supporter and former Trojan football player Mike Amos. Amos played football at Troy during the 1965 and 1966 teams and graduated from his alma mater in 1970. The lifelong Troy resident is a member of the Troy Alumni Association National Board and has been a local fixture on radio and television in Troy for decades. 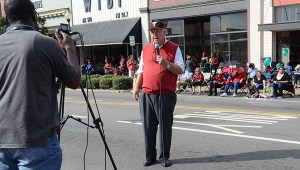 Mike Amos will be inducted into the Troy Sports Hall of Fame this April.

Amos is a past recipient of Troy University’s highest honor, the Trojan Award, and was also named Alumni of the Year in 2008. Amos has organized numerous road trips for Troy fans to away games. He was the host and creator of Today in LA, a local morning television show in Troy, for more than 25 years before stepping away in 2022. Amos coached at Charles Henderson High School and then worked in the Alabama Developmental Office until retiring in 1988. He also served as a broadcaster at Charles Henderson football games for a number of years.