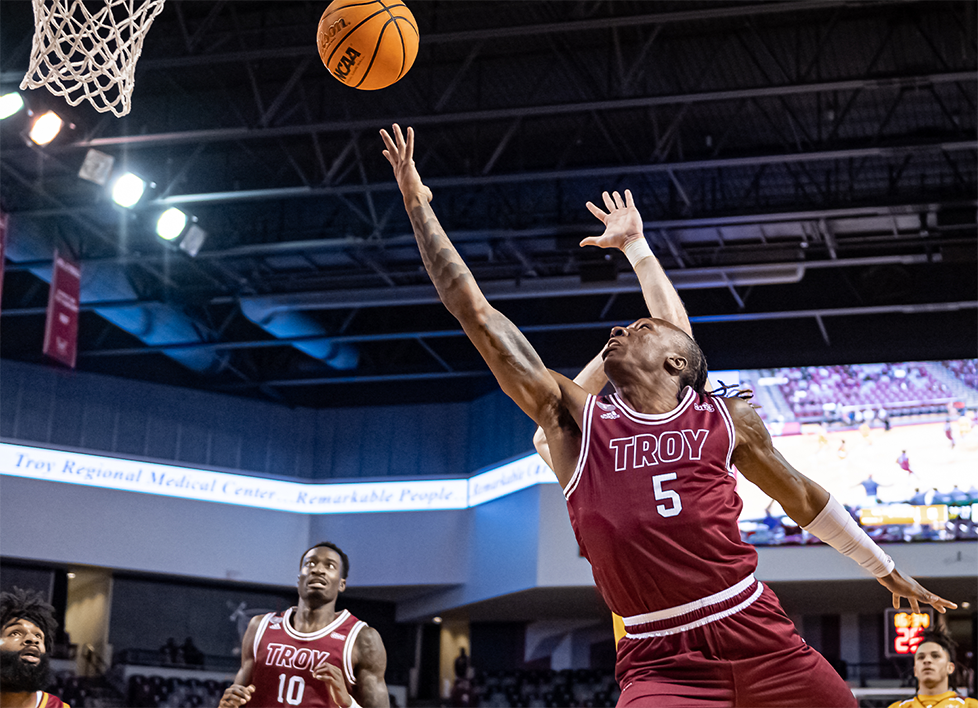 The win puts Troy in a three-way tie for fourth place in the Sun Belt alongside ULM and Georgia Southern. Troy got down big early when ULM went on a 15-0 run in the first half, going up 25-14 with 6:02 left in the half.

Troy had a big night shooting in the win, knocking down 53 percent of its shots along with shooting 13-of-25 from three-point land. Meanwhile, ULM shot just 31.5 percent from the field. The Trojan defense was also able to force 16 turnovers and the Trojans outscored ULM 24-10 in the paint. Troy also won the rebound battle 36-27.

“It was one of the best all-around games of the year,” Troy coach Scott Cross said. “I talked to our guys before the game; I said, ‘Hey, we need to put it all together.’ At times we’ve been great offensively. At times, we’ve been great defensively.

“The rebounding has been up and down, so we were due for a game where it happened all the way around. And I think we really did it for about the last 30 minutes of the game.”

The Trojans hit the road again later this week for back-to-back away games. First up, is Louisiana in a Thursday night contest at 7 p.m.