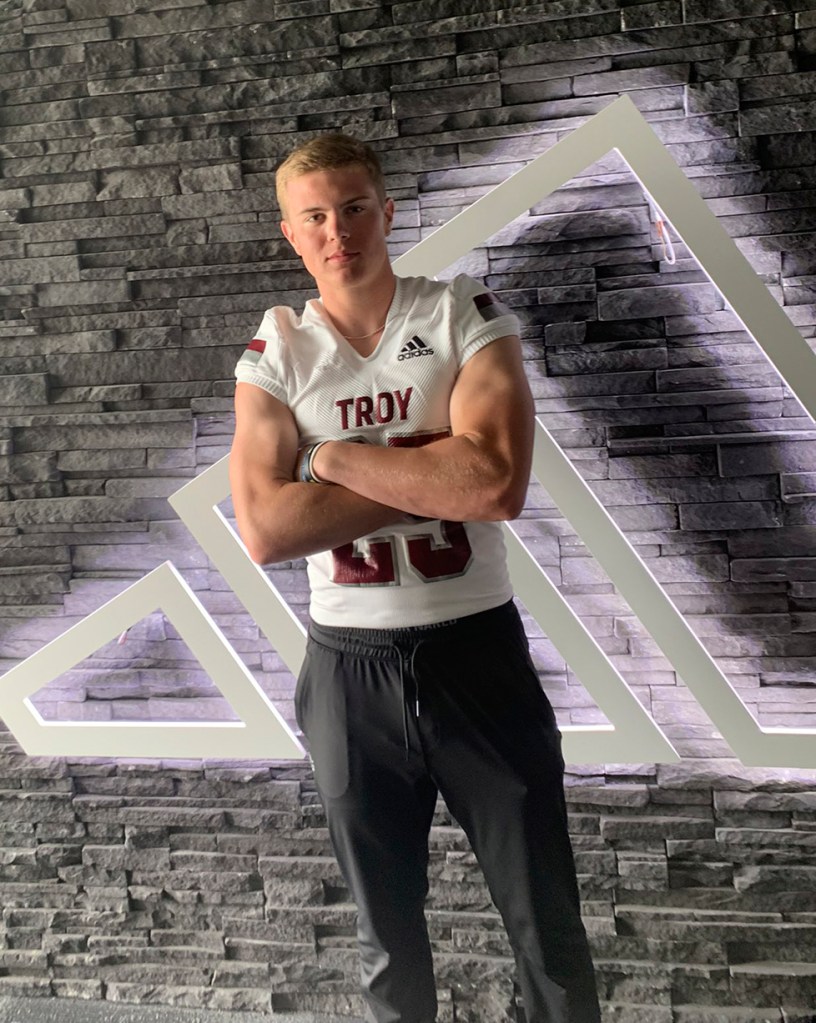 Bradford is the second PLAS Patriot to earn an offer to join the Trojan football program after Cade Renfroe also received an offer from Troy during the 2022 season.

Both Bradford and Renfroe were leaders for a young PLAS team its first year of competition in the Alabama High School Athletic Association this season and both earned All-Messenger honors, as well. Bradford tallied 122 tackles and a team-leading 24 tackles-for-loss along with six interceptions on defense, while he also hauled in 49 catches for 764 yards and six touchdowns on offense. Bradford also earned AISA All-State honors in baseball last season. Renfroe had 102 tackles, 21 tackles-for-loss, 4.5 sacks and three fumble recoveries on defense and was a leader on the PLAS offensive line, as well. He was also the PLAS punter this season. His brother, Scott Taylor Renfroe, is a kicker at Troy.