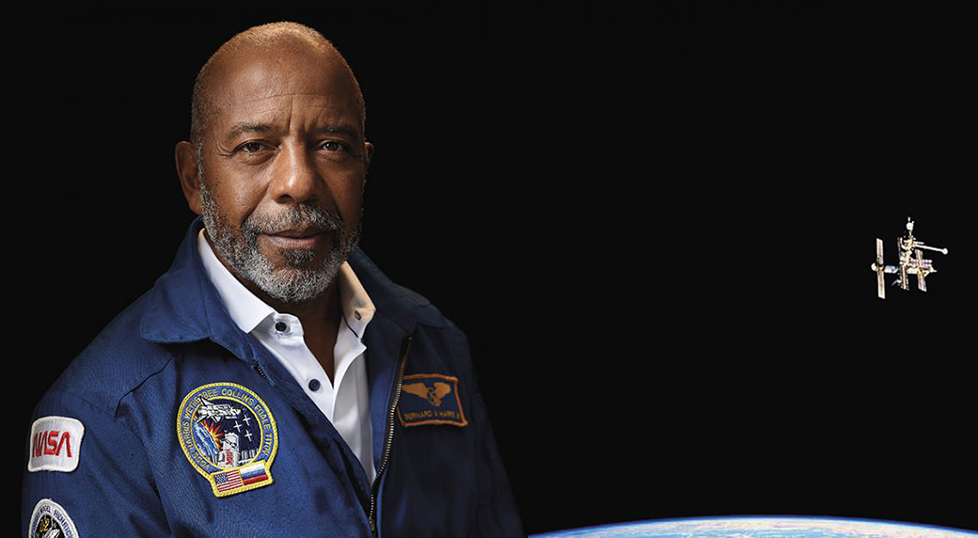 Harris is a San Antonio, Tex., native who received his Bachelor of Science degree in biology from the University of Houston, where he was a member of Kappa Alpha Psi. He also earned a doctorate of medicine from the Texas Tech University Health Science Center School of Medicine.

Following graduation, Bernard completed a residency in internal medicine at the Mayo Clinic and then completed a National Research Council Fellowship at NASA’s Ames Research Center, where he conducted research in musculature physiology and disuse. Bernard trained as a flight surgeon at the Aerospace School of Medicine and earned yet another degree in biomedical science form the University of Texas Medical Branch before receiving his MBA from the University of Houston.

In the 1980s and early 1990s, Bernard was a clinical scientist at NASA’s Johnson Space Center and was involved in the construction of space rovers. He then became a full-fledged astronaut in 1991.

During his career as an astronaut, Bernard completed two missions in outer space, logging more than six million miles and 438 hours in space and became the first Africa American to ever walk in space, as well.

Bernard departed NASA in 1996 and served as Vice President of SPACEHAB, a space commercialization company. He also served as Vice President of Business Development for Space Media Inc., an informatics company. Harris has also been the member of a number of boards and associations and is the current CEO of the National Math and Science Initiative and President and CEO of Vesalius Ventures, a venture capital accelerator that invests in early-stage companies in medical informatics and technology. He is also currently on the board of directors fro commercial aerospace and weapons manufacture Raytheon.

Harris holds numerous honors, including honors from Kappa Alpha Psi. He received an honorary doctorate from the Morehouse School of Medicine and the Medal of Excellence from the Golden State Minority Foundation. He also received the NASA Award of Merit, NASA Equal Opportunity Medal, NASA Outstanding Leadership Medal, the Challenger Award, NASA Outstanding Performance Rating and NASA Sustained Superior Performance Award from his time with NASA.

The Troy Alumni Chapter will invest $6,000 in scholarships to two students each from Charles Henderson High School, Pike County High School and Goshen High School that are planning to attend Troy University. Each student will receive $1,000 to get them started in their college careers.

“What better way to give back to a community than to invest in its youth,” Troy Alumni Chapter Polemarch Lee Maddox said. “The scholarship is just a way of us letting the young people in the community know we are here, we see you, we believe in you.”

Troy Alumni’s Kommunity Outreach organization requests a $25 donation for tickets to the 2023 Scholarship Breakfast. Tickets can be purchased online, at https://tinyurl.com/3rr3s7um. The breakfast will be held at the Adams Center Ballroom on the Troy University campus at 9 a.m. on Jan. 28. For more information, call (334) 657-8401.