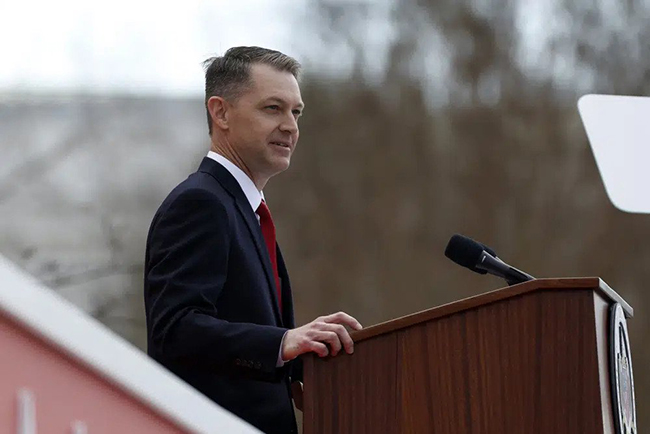 ERIC is a non-profit, data-sharing effort designed to maintain accurate voter rolls that links 32 states and Washington D.C. together. Allen sent a letter to ERIC announcing the decision on the same day he was sworn into office.

“I made a promise to the people of Alabama that ending our state’s relationship with the ERIC organization would be my first official act as Secretary of State,” Allen said in a statement. “Providing the private information of Alabama citizens, including underage minors, to an out-of-state organization is troubling to me and to people that I heard from as I traveled the state for the last 20 months.”

ERIC was created to serve as a tool to maintain accurate voter rolls and combat potential fraud by allowing stats to know when someone moves, dies or registers elsewhere. While that may be ERIC’s stated efforts, conspiracy theories have claimed it’s a “tool for fraud.” The conspiracy theories were spurned on by an article in the Gateway Pundit that alleged that ERIC was created by “left-wing activists” as a “left wing registration drive disguised as voter roll clean up.”

“We have a number of emails from some very ill-informed, uninformed or uneducated people,” former Alabama Secretary of State John Merrill said of the conspiracy theories to NPR. “It helps identify registrations. It helps identify dual participation in elections. That’s a concern (and) there’s no other way that any state in the union can do that independently of ERIC.”

Allen also says that Alabama doesn’t actually have the ability to search or view the ERIC database.

“There is a misconception that this is a shared database searchable by member states,” he said. “This is not the case. Alabama has been sending data to ERIC but we do not have access to search or view their database.”