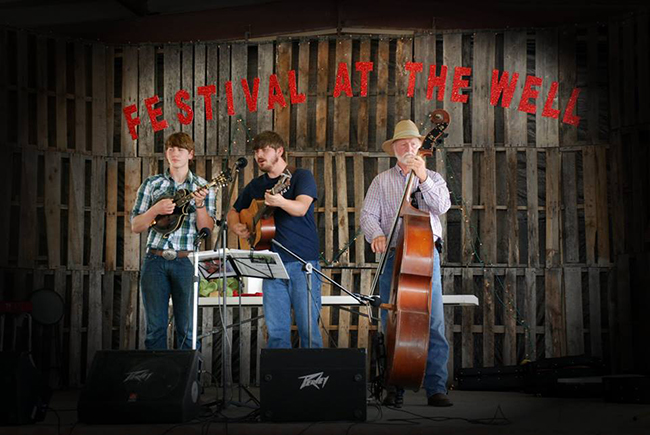 Facebook The Benton Brothers Company will perform Friday night at the We Piddle Around Theater and on Saturday at Troy University during the Pike Piddlers Storytelling Festival.

The Pike Piddlers Story Festival has been a popular January event in Pike County since 2007.

Each last weekend in January master storytellers take center stage at the We Piddle Around Theater in Brundidge and the Trojan Center Theater on the campus of Troy University.’

“Not only are the audiences well entertained by the storytellers, they also enjoy the preshow music by local, traditional, pickers and singers,” said Lawrence Bowden, president of the sponsoring Brundidge Historical Society.

“Over the years, we have been fortunate to have some of the best entertainment around and to have singers and musicians who come back year and year,” Bowden said. “The Benton Brothers & Company have been playing for events at We Piddle Around Theater since they were young boys and at every Pike Piddlers Storytelling Festival. They will be with us Friday night at the We Piddle Around Theater and at the 2 p.m. storytelling concert Saturday at the Trojan Center Theater.”

The Lighthouse String Ensemble has also been a mainstay at the Pike Piddlers Storytelling Festival.

“Mike Benton and his daughter, Amanda “Kitty” Smothers, are storytelling pickers and singers,” Bowden said. “They have been a part of the January festival and also other events at the We Piddle Around Theater.

“The Sheppards, Arnold and his grandkids, started “piddlin’ around with us when they were just kids.  Arnold, Morgan, Weston and Renee, will open the festival’s closing concert on Saturday night that will close with a time of remembrance for Alabama’s legendary storyteller, Kathryn Tucker Windham.

Tickets are available at The Messenger.