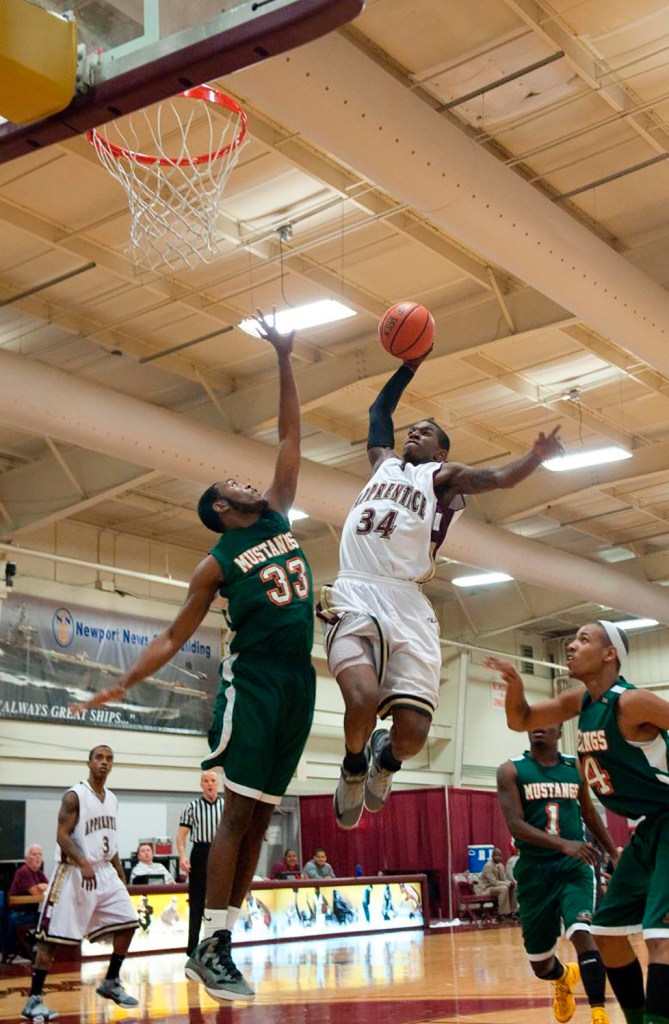 Andrews, a Brundidge native, earned all-state and Troy Messenger Player of the Year during his playing days at Pike County High School.

“The things I remember most are the rivalry games with schools like Goshen,” Andrews said of his days as a Bulldog. “We didn’t get to play Charles Henderson a lot when I was in school, so that’s something I didn’t like. The rivalries were great, though, and just being around the guys I grew up with playing basketball.

“One of the biggest memories I have is playing Central-Hayneville at Troy University the day one of our best friends, Eddie Smith, passed away.” 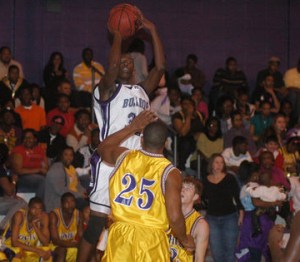 Tevin Andrews was a star at Pike County High School.

Following a stellar high school career, Andrews earned a scholarship to the Apprentice School in Virginia, considered one of the top trade schools in the country. Being an athlete at Apprentice was not easy, though. Student-athletes are required to hold down a full-time job in their chosen field, while also maintaining their grades and keeping up on the court.

“When I first got their it was difficult, because I was going to school where I’m working every day coming from high school where you’re not working every day,” Andrews recalled. “You have a full-time job and more responsibilities. It was definitely a difficult transition but once I got there and put my head down and put the work in everything just started coming together for me.”

During his Apprentice career, Andrews became the third leading scorer in school history, totaling 1,647 career points, and finished in the Top 10 of 15 statistical categories at the school. He was a three-time USCAA All-American and helped guide the Builders to two straight USCAA National Tournament appearances. As a senior, Andrews averaged 18.5 points, 10.2 rebounds, 1.2 assist, 1.6 steals and one block per game. All of that wouldn’t have been possible without his hard work off the court, however.

“During the week we still had to do our 40 hours of work, still had to go to practice – sometimes an early practice or a late practice depending on schedules – and we had to keep our grades up,” Andrews said. “It was just an adjustment, trying to make sure to try and keep that balance and making sure you’re doing the right things in the classroom. You have to be in the books, if you don’t have passing grades, you don’t play. So, that was No. 1.”

Andrews feels all of the work he had to put in during his college career only prepared him for the future.

Andrews worked as a rigger and was one of the first apprentices that were allowed to operate cranes.

“Normally they wouldn’t let the apprentices work on the crane until they finished their 4-5 years (as an apprentice),” said Andrews. “I was one of the ones that adjusted to it quick and it seemed sort of natural to me. It was almost like playing a video game with the controllers. I was really appreciative to be one of the first ones to be able to be an apprentice and work on the crane.”

Now, Andrews is also a Hall of Famer.

“It was an amazing feeling,” Andrews said of finding out he was being inducted. “It was honestly surreal. I really didn’t think about it a whole lot because I’ve been working a lot, but it was a surreal feeling to me. I was really excited to be a part of that.”

Andrews, who now resides in Huntsville, is still working in construction but has also recently launched a clothing line, which is becoming his passion. Andrews named his clothing brand Pinedes.

“It means, ‘Piney Woods,’ in French, which is where we were raised in Brundidge,” Andrews said. “It’s going wonderful, we’re trying to expand and get bigger and that’s the main thing right now. We want to have a bigger reach and demographic than we currently have, going into California and Texas and putting our name out there in those types of areas more.”