CHHS gets revenge on Carroll, PCHS remains unbeaten in area 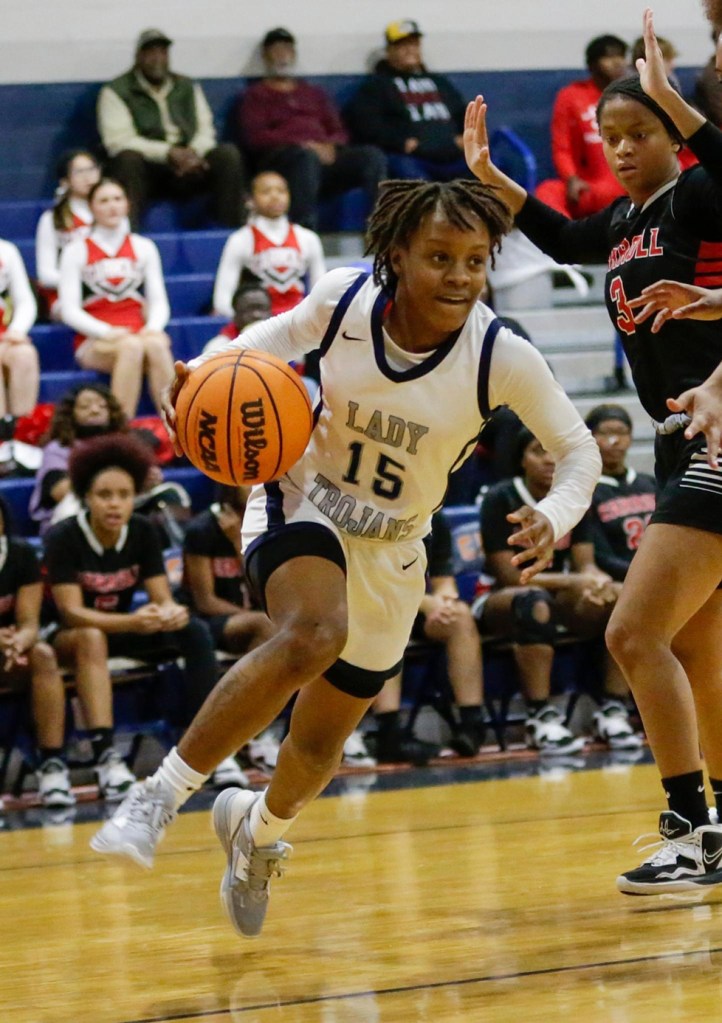 KK Hobdy (15) had a big night against Carroll. (Photo by Dan Smith)

Lady Trojan KK Hobdy was on fire from the start as she scored 19 points in the first half alone. Charles Henderson jumped out to a 20-12 lead in the first quarter. In the second quarter, Charles Henderson led 32-18 midway through the period but Carroll rallied to go on a 9-1 run to cut the lead to 32-27 with just under 25 seconds left. Hobdy then drilled a deep three as time expired in the half to put CHHS up 35-27 at halftime. An excited Hobdy ran straight into the locker room as the ball dropped through the net with Betty Wagner Gym exploding.

As a team, Charles Henderson knocked down 10 three-pointers and shot 49 percent from the field. CHHS also outrebounded Carroll 25-23 and forced 23 turnovers.

Hobdy finished the night with a game-high 32 points on an eye-popping 11-of-16 from the field. Hobdy filled up the stat sheet dishing out seven assists and earning seven steals on defense to go along with her 32 points. Ta’Keiya Brockton went 4-for-9 from three-point land and scored 16 points with three steals. Deanna Gosha grabbed eight rebounds and Mileah Ward earned seven rebounds. Gosha also totaled three blocks and Harmony Hubbard tallied four steals. Ameyah Gray led Carroll with 15 points. 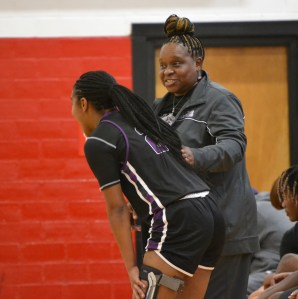 The Pike County Lady Bulldogs (13-8, 4-0) also picked up a Class 3A, Area 4 win on Thursday night by a score of 53-32 over the Opp Lady Bobcats to remain undefeated in the area.

Pike County held Opp to less than eight points in the first three quarters as the Lady Dawgs ran away with the area win. Pike County led 10-6 going into the second quarter and 19-13 at halftime. Pike County then exploding in the third quarter to outscore Opp 14-5 in the period. In total, Pike County outscored Opp 32-19 in the second half.