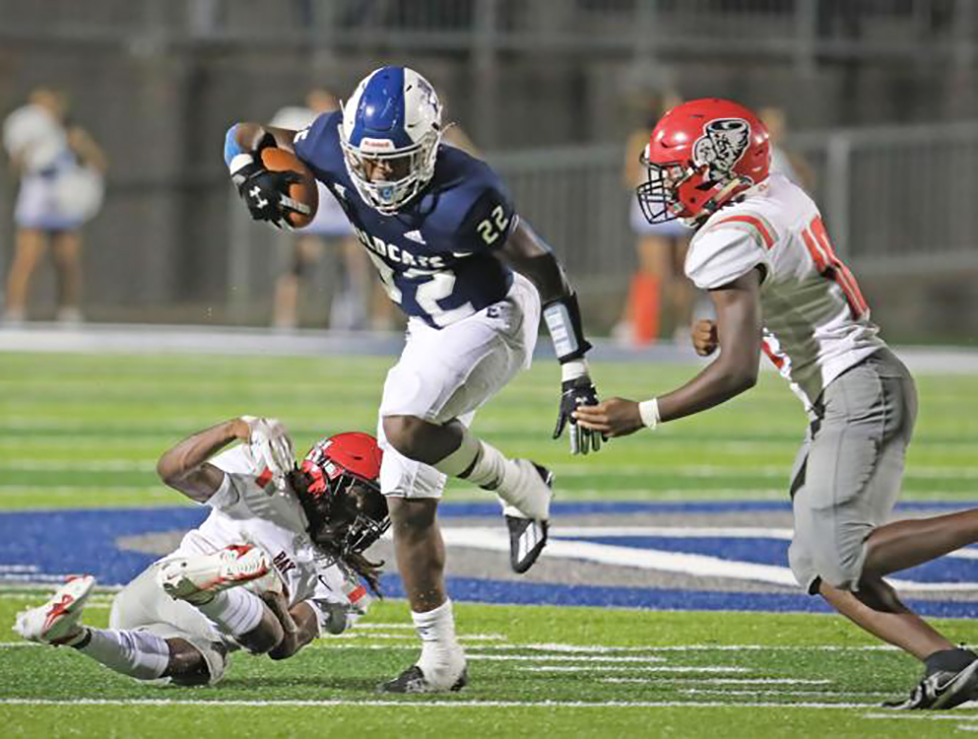 Johnson is coming off his second straight all-state season. He earned all-state honors as a junior running back in 2021 and as a senior athlete this past season. Johnson is also a three-time member of the Southeast Sun Elite 11. As a senior, Johnson earned Dothan Eagle Super 12 honors. He also represented the South in the AHSAA North-South All-Star Game, where he scored a rushing touchdown.

In 2022, Johnson amassed 484 yards and seven touchdowns rushing, along with 33 catches for 632 yards and eight touchdowns. He returned 21 kickoffs for 697 yards and a school-record four touchdowns along with nine punt returns for 103 yards. He tallied 1,916 all-purpose yards and 19 total touchdowns.

During his Enterprise career, Johnson played wingback, tailback and receiver, totaling 3,305 yards and 40 touchdowns on the ground in four years as a starter. Johnson is second all-time in rushing in the school’s history. He finished his career with 5,331 all-purpose yards and 60 total touchdowns. As a junior, Johnson rushed for 1,065 yards and a school-record 20 touchdowns.

As both a junior and senior, Johnson also served as Enterprise’s primary punter. As a senior, he averaged 36.1 yards per punt. Johnson is also a star on the EHS basketball team, helping the school to its first ever basketball state championship in 2022.

Enterprise has a strong history with Troy Football, especially in the recent past. In fact, 2022 was the first season in some time that a former Wildcat wasn’t on the Troy roster. Former All-State Wildcats like Marcus Jones, Dylan Bradshaw and Clark Quisenberry in recent years have played for Troy. Additionally, longtime former Enterprise assistant coach and all-state player Buck Hanson was a national champion at Troy in his playing days.