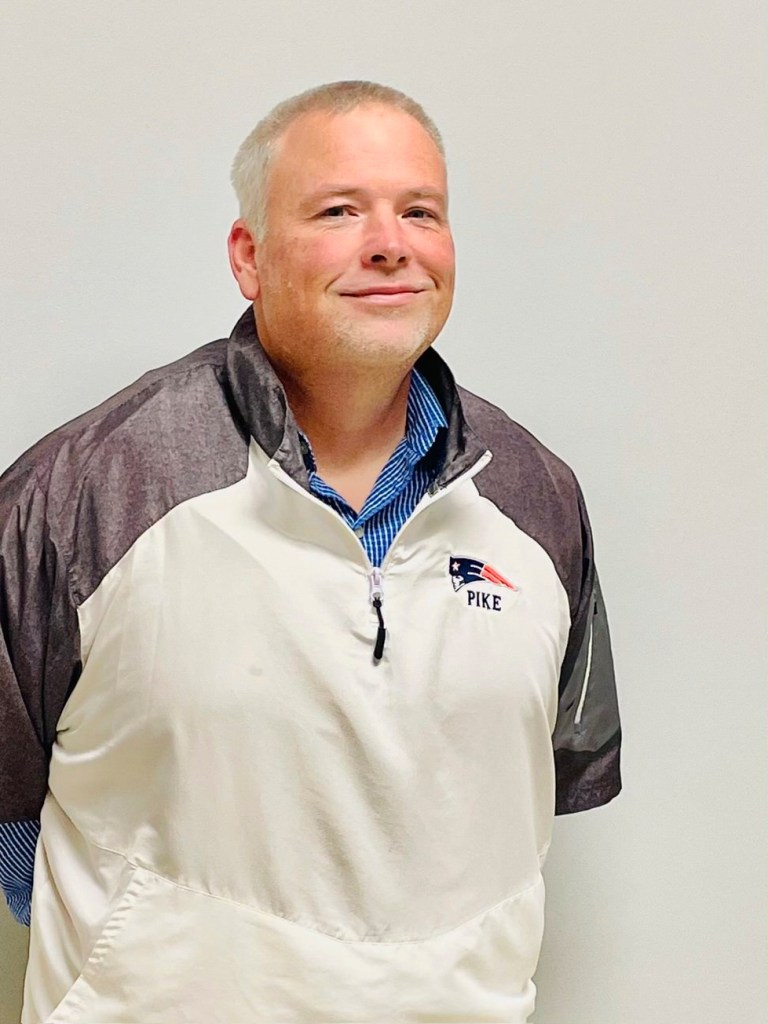 Last week, Pike Liberal Arts School announced its new head football coach and athletic director, 20-year coaching veteran Phillip Coggins, and he plans to bring a sense of stability to a program that has had anything but that over the last few years.

After White’s departure during the playoffs in 2021, Hixon served as interim coach through the playoff run up to the state championship. He was then named permanent head coach. After Hixon won another state championship in baseball, he announced his decision to accept a coaching position with Chipola College in Florida. PLAS hired longtime veteran coach Hugh Fountain to replace Hixon but Fountain resigned just days after accepting the job. Former Pike Road defensive coordinator Travis Baxley stepped in and coached just four games before being terminated for breach of contract. Assistant coach Charlie Scofield – who also serves as head basketball coach at PLAS – was named interim coach and guided PLAS to its first on-field victory as a part of the Alabama High School Athletic Association (AHSAA).

“Absolutely, it’s my desire to be (at PLAS) for a long time,” Coggins told The Messenger of bringing stability to the program. “In order for us to make that happen, we have to be competitive. I also have a son that will be joining us (at PLAS). He’s moved around a couple of times, so he’s ready to settle down also. We’re excited about the opportunity here. Stability in the program will go a long way toward the school being what we can think it can be.”

Coggins brings a wealth of experience – and success – to PLAS. Coggins is a longtime defensive coordinator at a number of schools and has also five years of head coaching experience in the AHSAA. All five of his teams made the playoffs, including one region championship.

“I appreciate the history of the success of the athletic programs (at PLAS) and with them making the transition into the AHSAA, I really wanted to take on that challenge,” Coggins said of his decision to come to PLAS. “That is something to look forward to. The academics in the school is also something that was particularly important to me with me having children.”

Coggins has immediate and long-term goals for the Patriot Athletic Programs.

Additionally, Coggins said he plans to reach out to PLAS students to bolster the Patriot football program, which suffered from a lack of depth in its first season in the AHSAA.

Coggins said that he hopes to add some new coaches to his staff in the near future.

While Coggins has plenty of head coaching experience on his resume, he has even more experience as a defensive assistant and defensive coordinator at various schools, including most recently at Class 6A Chilton County High School.

“Defensively, we’ll be aggressive,” he flatly said. “That’s my nature, I’ve done that everywhere I’ve been. We’ll be physical, aggressive and attacking on defense. What that will look like will depend on the athletes we have available.

“We believe in stopping the run and pressuring the quarterback, that will be our primary objective every Friday night. We never want to be predictable on defense, that’s always been my motto. We will disguise a lot of things and bring pressure from different areas.”

On offense, Coggins said that he prefers to run a “spread” style offense but will pattern the offense around the talent available.

“I prefer to be a ‘spread’ team with lots of options and RPOs there, but we’ll always be dedicated to a power running game, even in a ‘spread’ offense,” he said. “We’ll mold our offense together moving forward as we learn the personnel and type of athletes we have.”

After winning 22 games – and two state championships – in 2020 and 2021, the Patriots won three games in their first season in the AHSAA. PLAS still has one more football season before moving into a region in Class 2A in 2024, and becoming eligible for the playoffs.