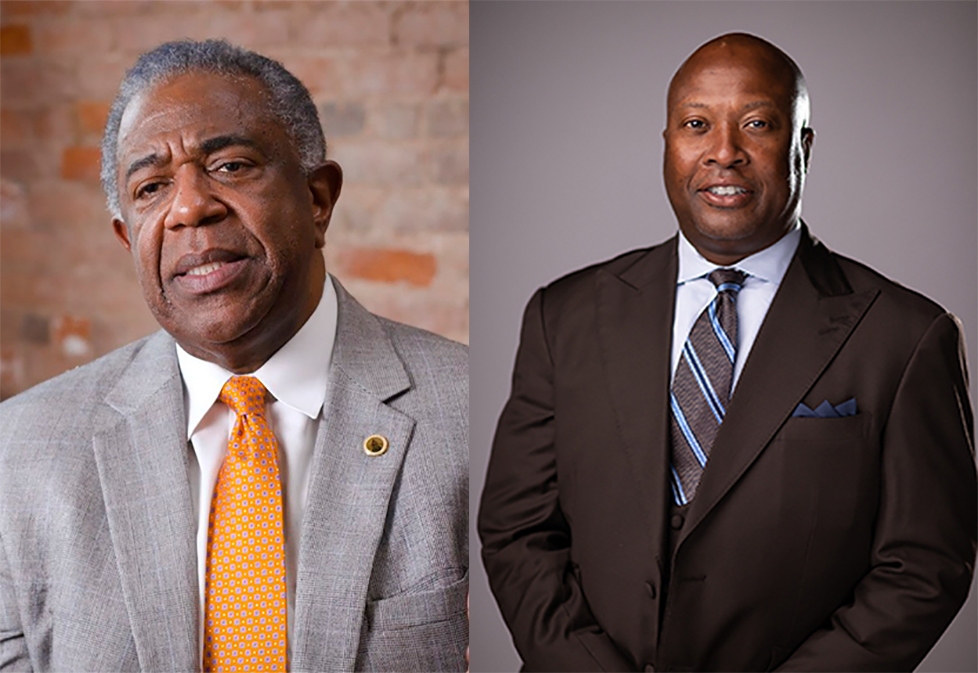 Troy University announced this weekend that Birmingham businessman and author Larry D. Thornton Sr. and Banks pastor Rev. Darryl Caldwell would be the keynote speakers for the upcoming John Robert Lewis Leadership Conference at the university.

The 20th Annual John Lewis Leadership Conference is presented by Troy University and the City of Troy together and describes itself as seeking to “bring individuals together to promote dialogue that fosters multicultural collaboration to strengthen relationships and empower diverse leaders with the tools to better serve their organizations and communities.”

Thornton also previously served as an advertising manager for Coca-Cola Bottling Company United for a number of years and currently sits on the board of directors of Coca-Cola United. He also is a member of the board of directors of the Birmingham Branch of the Federal Reserve Bank of Atlanta, Synovus Bank of Birmingham, the Alabama Institute for Deaf and Blind and the Freshwater Land Trust. He also previously served as the board chair for the United Negro College Fund and Alabama State University.

Thornton is a Montgomery native that was a part of the first integrated class at Montgomery’s Goodwyn Middle School in 1967. Thornton graduated from Robert E. Lee High School and earned his bachelor’s degree from Alabama State University. Following college, Thornton served as an art teacher at Vestavia Hills High School before moving into a role as a freelance artist and sign painter before landing his advertising job with the Coca-Cola Bottling Company.

In 2019, Thornton published his first book, “Why Not Win?,” and founded the “Why Not Win Foundation,” which he founded with proceeds from the book’s release. The foundation helps to fund scholarships through the United Negro College Fund and Tom Joyner Foundation.

Caldwell gave the benediction during John Lewis’ memorial services in Troy in 2020, following the passing of the Civil Rights icon. He’s a recipient of the 2014 NAACP Black Business Man of the Year and is currently the owner of C&H Auto Sales in Troy and Daleville. He’s also served on the Pike County Economic Development Board. 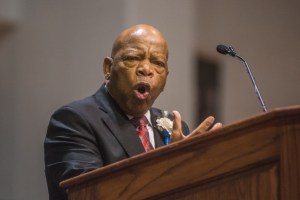 “In our nation and world, leadership is needed today more than ever before,” Troy University Chancellor Jack Hawkins Jr. said. “Developing servant leaders who are equipped to lead change is at the very heart of our mission at Troy University. We are pleased to once again partner with the City of Troy to honor the legacy of leadership of the late Congressman and Troy native through the John Robert Lewis Leadership Conference.”

“The John R. Lewis Leadership Conference is always one of the best collaborations that the City of Troy and Troy University are able to provide the community and region,” Reeves emphasized. “The city is proud to work to influence future leaders and encourage partnerships, networking opportunities and education for the improvement of our future.”

Lewis was born in Pike County, the son of sharecroppers, and grew up in the Troy area before becoming a Civil Rights activist alongside Martin Luther King Jr. Lewis, who was referred to as “the boy from Troy” by King, was denied admission to Troy University during segregation and went on to attend and graduate from Fisk University and the American Baptist Theological Seminary in Tennessee. In 1989, Troy University awarded him an honorary Doctor of Law degree, and his memorial service was held at Trojan Arena on the campus of Troy University.

Lewis became renowned as a Civil Rights Activist during his life before moving into public government. He served as a congressman in the U.S. House of Representatives from 1987 until his passing in 2020. He also served as an Atlanta City Councilman for a number of years.

Adult registration for the John Lewis Leadership Conference is $30, while student registration is $10. Those interested in registering for the conference can do so online at, www.troy.edu/leadershipconference. Additional information about the conference is available by contacting Barbara Patterson, at (334) 670-3204 or Sheila Jackson, at 334-670-2283. Patterson can also be reached via E-mail at, bpatters@troy.edu and Jackson can be reached via E-mail, at Sheila.jackson@troyal.gov.