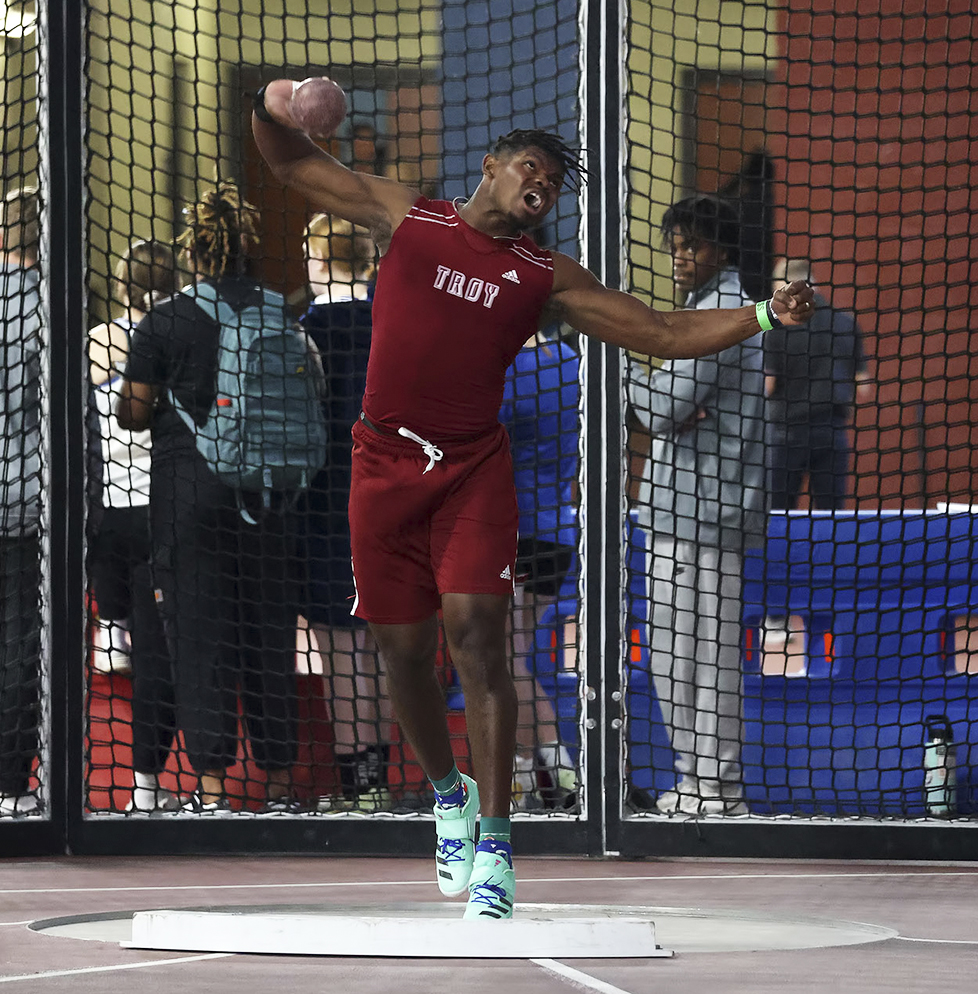 Javon Osbourne set the school record in the shot put at the Vulcan Invite. (Photo courtesy of Troy University Athletics)

The Troy University track and field team opened the 2023 indoor track season at the Vulcan Invite in Birmingham this weekend. A number of Troy athletes set records and personal bests at the meet.

Troy sophomore Javon Osbourne set the school record in the men’s shot put with a 17.43m throw as he took the gold. Tristan Boatman also finished in fifth place in the shot put and fifth in the men’s weight throw.

Naveyh Frost took the silver in the women’s 60-meter dash, setting a personal best time of 7.57. Frost followed that up by setting another personal best, this time in the 200-meter dash with a time of 24.52, earning her another second-place finish.

Jade Johnson earned the gold in the women’s triple jump, while Camryn Pettus came in third place. Jaggerd Moore earned first place in the men’s high jump and fifth in the triple jump, as well.

Julian Martin-Rogers also took the silver in the men’s 60-meter hurdle with a personal record time of 8.14.