Troy men fall to App State on the road 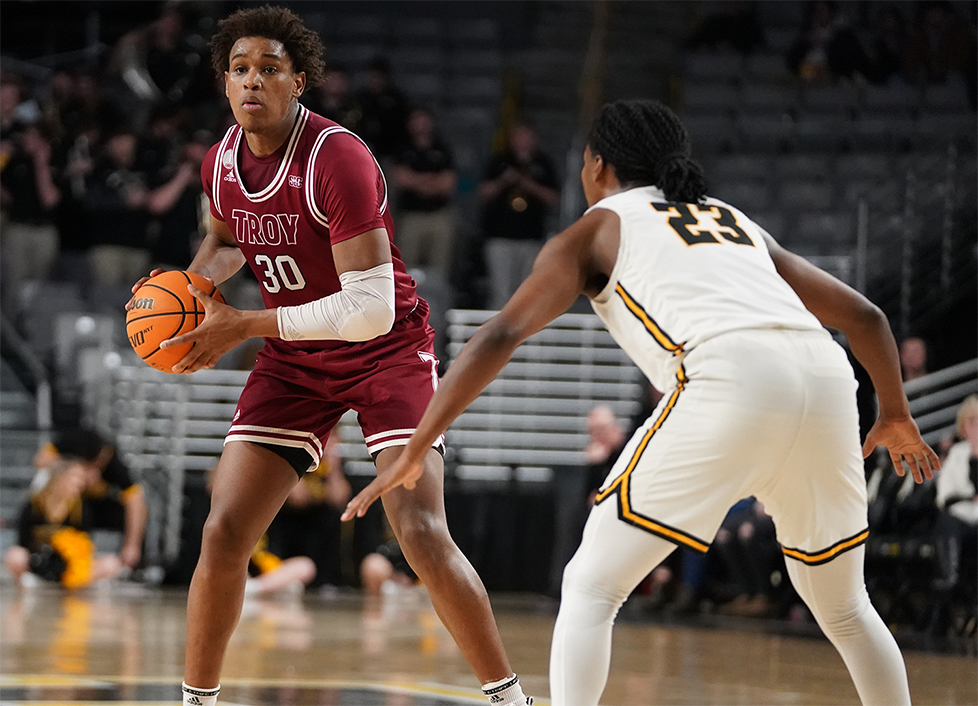 The Troy Trojans (12-7, 4-2) four-game winning streak came to an end on Saturday as the Appalachian State Mountaineers won a Sun Belt Conference matchup 58-45.

Troy struggled to score from the field all night, knocking down just 16-of-60 shot attempts, for a season-low 25.7 percent shooting from the field. The 45 points scored is also the lowest scoring output by the Trojans since scoring 45 points against Florida on Nov. 28, 2021.

Troy also turned the ball over 16 times with the Mountaineers scoring 18 points off those turnovers. Troy did, however, win the rebound battle 45-40, which was the first time the Trojans have won the battle on the boards since conference play began. Appalachian State won the battle in the pain, outscoring Troy down low 26-18.

“I think mentally we weren’t quite where we needed to be, offensively. That led to mistakes,” Troy coach Scott Cross said. “Anytime you look at the turnover column, and we have 16, you know something is off. App State played great defense, but they aren’t a team that creates a lot of turnovers with it typically.

“They pack it in and make it tough to shoot over them. So, for those turnovers, they were unforced turnovers. I thought that was the big difference. We obviously didn’t hit shots, but from a defensive side, the toughness and rebounding were good enough to win this basketball game. We held them to 35 percent (shooting). We just didn’t make shots.”

Phillips earned his first double-double as a Trojan as he tallied 12 points, 11 rebounds and three steals. Aamer Muhammad also scored 12 points and had five steals.

The Trojans remain tied for first place in the Sun Belt with Marshall, Southern Miss, Louisiana, Georgia Southern and ULM, each team sitting at 4-2 in the conference. Troy will look to rebound back at home for a first-ever matchup with James Madison at Trojan Arena on Thursday, Jan. 19, at 6 p.m.