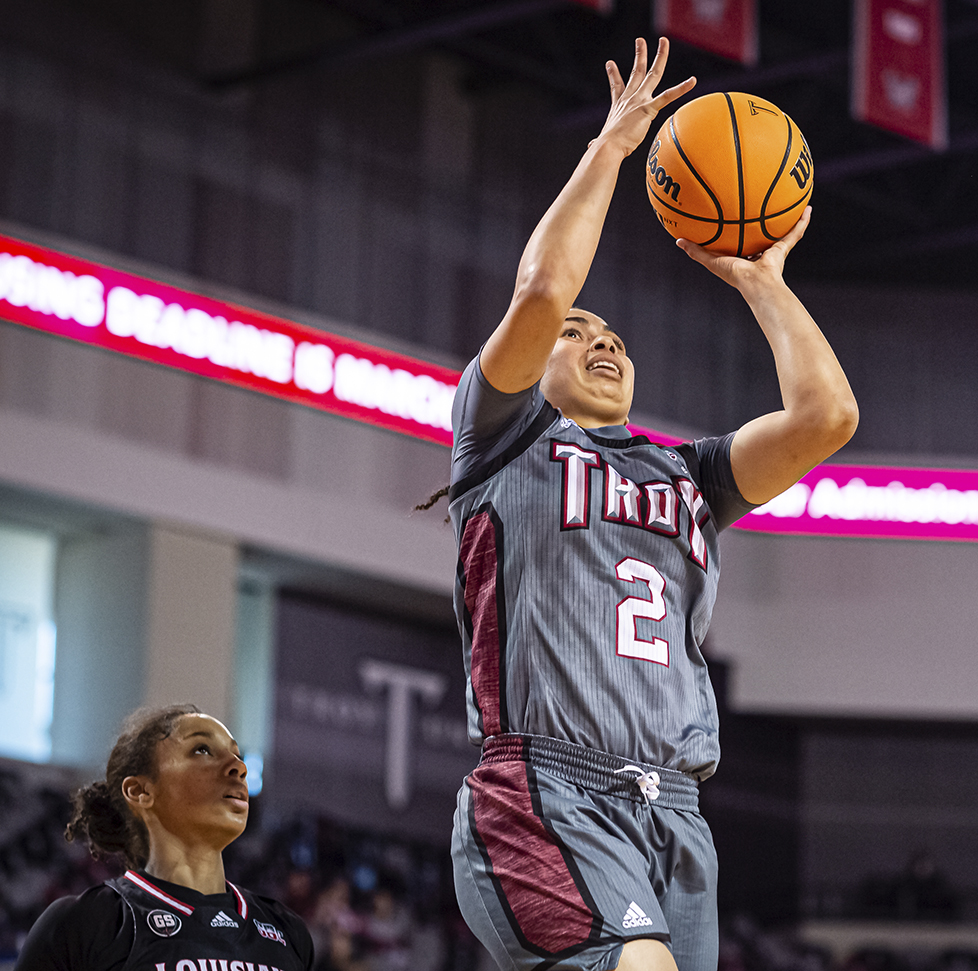 Amber Leggett (2) continues to impress since her return to the Trojans. (Photo courtesy of Troy University Athletics)

The Troy Trojans women’s basketball team (10-7, 5-1) picked up their fifth straight Sun Belt Conference win on Saturday at home with an 85-78 overtime win over the Louisiana Ragin’ Cajuns.

The win marked Troy’s 10th overall of the season and put the Trojans in a tie with Southern Miss for second place in the Sun Belt standings, behind No. 1 James Madison (6-0 in conference).

Troy led by as many as eight points in the fourth quarter but Louisiana went on an 11-3 run in the final four minutes of play to force overtime as both teams were tied 71-71 at the end of regulation. The overtime period was all Troy, though, as the Trojans outscored Louisiana 14-7 to secure the win in Troy’s second overtime game of the season. The win marked Troy’s first overtime win since the 2021 Sun Belt Tournament, however.

“I’m very grateful for everything,” Troy coach Chanda Rigby said. “The crowd that was here, the Sound of the South, we needed everybody because this is such a hard team to beat. These are the two most hard-nosed teams in the conference, and they came out and shot the ball really well.

“Our goal was to keep them out of the paint and stop their dribble drive, and we did that well. I’m so proud of our players. This was an important game for us because we lost a game in overtime this year, and we need that feeling that we can do this.”

Troy is back on the road this Thursday, Jan. 19, against Marshall before a pivotal conference game on the road against James Madison on Jan. 21.