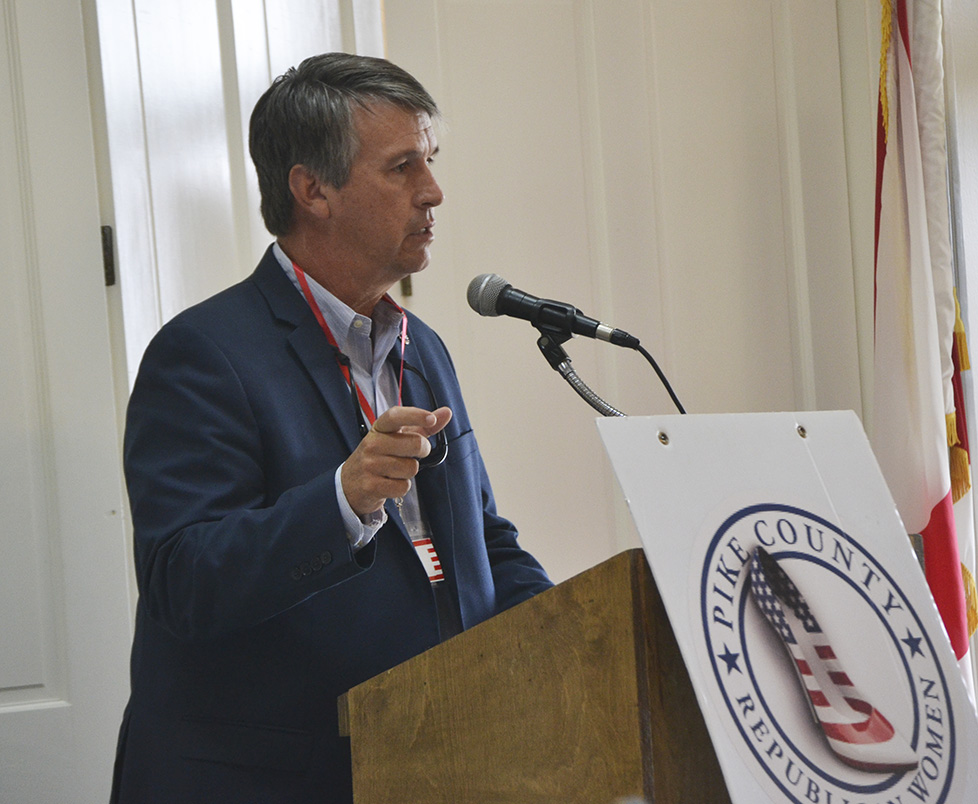 The bill was introduced by Rep. Buddy Carter of Georgia and additionally sponsored by Reps. Moore, Andrew Clyde of Georgia, Jeff Duncan of South Carolina, Kat Cammack of Florida, Scott Perry of Pennsylvania, Bob Good of Virginia, Thomas Massie of Kentucky, Ralph Norman of South Carolina, Bill Posey of Florida, Gary Palmer of Alabama, Jim Banks of Indiana and Barry Loudermilk of Georgia. Of its cosponsors, all are Republicans.

“Instead of hiring 87,000 IRS agents to take more money from the wallets of hard-working Americans, the new House Republican majority believes in simplifying our tax code,” Moore said in a statement. “The current tax code is four times as long as the Bible, but contains none of the good news. The Fair Tax (Act) is the gold standard for tax law and would turn a convoluted, abusive and biased system into a straightforward code that works for every American.”

The consumption tax – or a national sales tax – would institute a 23-30 percent sales tax on all new, finished goods and services. Additionally, economists warn that this tax would harm the middle class and poor.

“It introduces some progressivity but compared to the taxes they’re replacing, this would be a big shift in the tax burden away from high-income groups toward middle-income and lower-income groups,” American Enterprise Institute tax expert Alan Viard said in an interview about a previous proposed version of the bill. “And whatever you think about that politically, I think that’s just not viable.”

According to news reports, part of the negotiation for support between the House Freedom Caucus – which Moore is a member of – and Speaker of the House Kevin McCarthy was a deal to bring the Fair Tax Act to a vote in the House.

The House has already voted to eliminate funding for the IRS but reports from NBC, and other outlets, have indicated that Senate Democrats – who control the majority in the U.S. Senate – will not support that bill nor the Fair Tax Act. U.S. President Joe Biden has also pledged to veto either bill if it manages to pass both the House and Senate. Currently, the IRS claims to be bogged down in nearly 10 million unprocessed tax returns from prior years due to staffing shortages.

The full text of the bill can be read here.