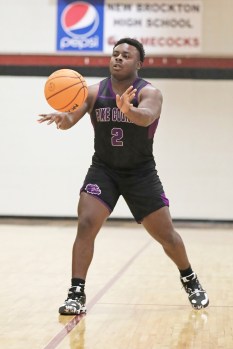 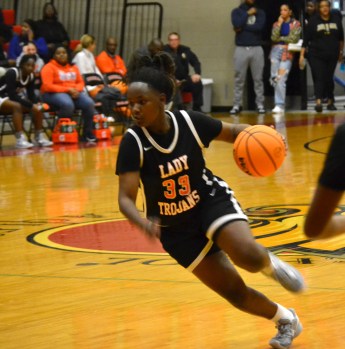 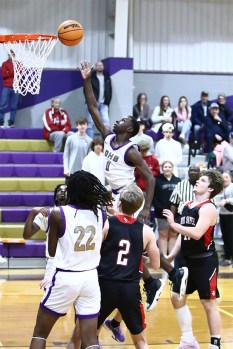 Szemerick Andrews drives to the basket for Goshen. (Photo by April Brown/ABC Photography) 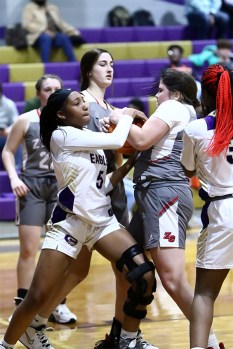 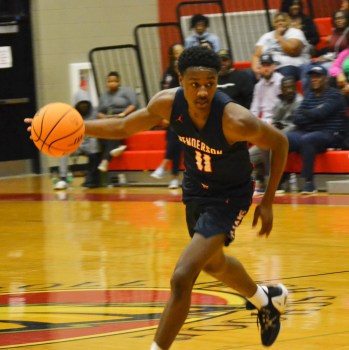 Jayden Spearman (11) and the Trojans picked up a win over Pike County on Saturday. (Photo by Josh Boutwell)

A host of local schools played in area – and county – hoops matchups this weekend, including a rematch between Pike County and Charles Henderson.

The Charles Henderson Trojans earned a sweep of their county foes by a score of 72-43 on Jan. 14. All 14 of the Trojan players managed to score in the win over PCHS with Austin Cross leading the way with nine points. Jayden Spearman, Bray Jones and Tyler Carlton each scored eight points, as well. JD Burney led the Bulldogs with 10 points, while Cornelius Griffin Jr. scored eight points for Pike County. 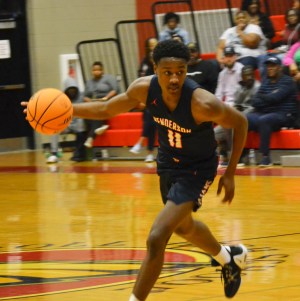 Jayden Spearman (11) and the Trojans picked up a win over Pike County on Saturday. (Photo by Josh Boutwell)

The Charles Henderson girls team also picked up a hard-fought 48-43 win over Pike County on the road Saturday. The Lady Trojans led 9-8 going into the second quarter before Pike County rallied to take a 21-18 lead into halftime. Charles Henderson outscored Pike County 30-22 in the second half as senior KK Hobdy scored 18 points in the half to come away with the win. Hobdy led CHHS with 28 points, while Ta’Keyia Brockton scored nine points.

On Jan. 13, Pike County also traveled to New Brockton for a Class 3A, Area 4 showdown. New Brockton came out on top despite PCHS holding a 40-34 lead going into the fourth quarter. The Gamecocks outscored the Bulldogs 19-9 in the final period to earn the 53-49 win.

The girls team, though, picked up a 57-31 area win over New Brockton. Pike County jumped out to a 19-9 lead in the first quarter and led 35-16 going into halftime. The Lady Dawgs held the Lady Gamecocks to under 10 points scoring in each of the four quarters. 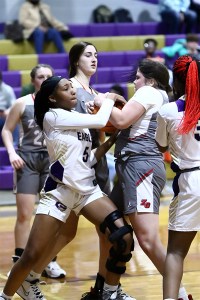 On Jan. 13, the Zion Chapel Rebels also picked up a 73-48 win in a Class 2A, Area 4 game over the Goshen Eagles on the road. Zion Chapel’s Jacob Chestnut led all scorers with 28 points, while Zion Chapel’s Slade Grantham added 18 points and Mason Stuart scored 13 points. Goshen was led by Jayden McNabb with 18 points and Szemerick Andrews chipped in with 12 points.

The Goshen girls picked up a 33-28 area win over Zion Chapel on Friday, as well. Goshen was led by AJ Rogers with 12 points, while Alyssa Sparks scored nine. Shea Wambles led the Lady Rebels with seven points.

Goshen hosts Highland Home on Jan. 17, while Zion Chapel hosts Luverne. Both are area games. Charles Henderson will host Carroll on Jan. 17 for the school’s first home game since Dec. 17. Pike County travels to Opp for an area game on Jan. 17, as well.