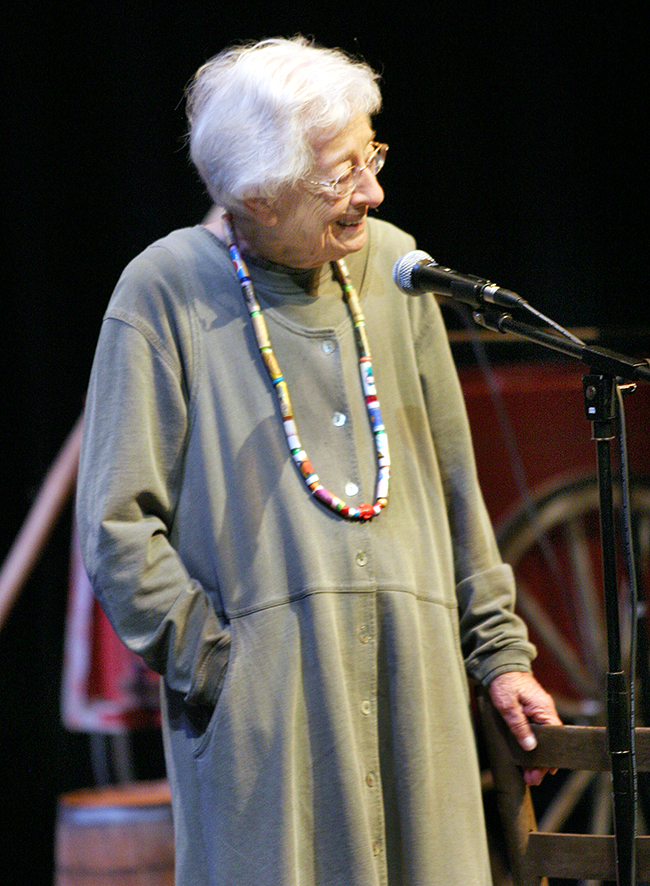 The 16th Pike Piddlers Storytelling Festival will honor and remember Alabama’s legendary storyteller Kathryn Tucker Windham at its 6:30 p.m. Saturday, performance at the Trojan Center Theater on the campus of Troy University.

“Kathryn,” as she insisted to be called, believed that, after she had been dead 10 years, nobody would remember her.

But, “We do remember Kathryn Windham,” said Donald Davis, the Dean of Storytelling and a long-time friend of KTW.

At the Saturday night closing concert of the Pike Piddlers Storytelling Festival, each of the storytellers, Davis, Barbara McBride-Smith, Bil Lepp and Tim Lowry, will share their favorite stories and memories of Kathryn Windham.

The concert will close with the singing of the legendary storyteller’s favorite “church songs” with the last being “I’ll Fly Away.”

Afterwards, the audience will be invited to join the tellers in the lobby for buttermilk and cornbread – with no sugar added– for a short visit before putting the 2023 Pike Piddlers Storytelling Festival in the books.