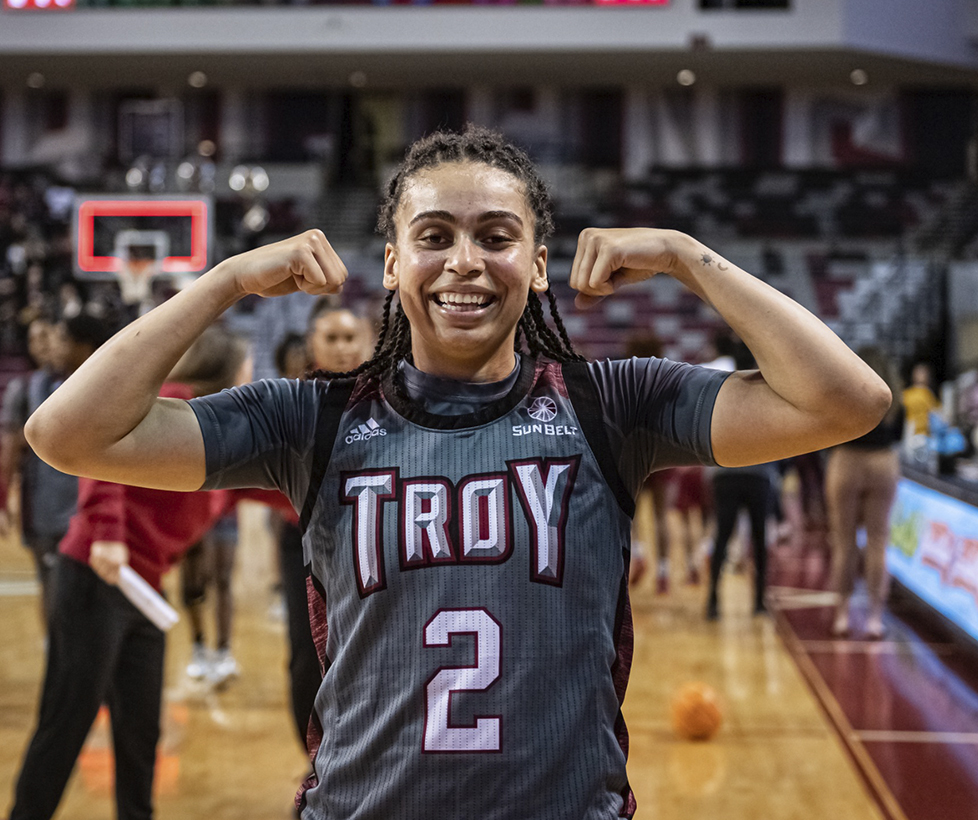 Amber Leggett (2) has been a spark for the Trojans since returning. (Photo courtesy of Troy University Athletics)

Senior basketball player Amber Leggett has been back with the Troy University women’s basketball team for just three games but she’s already having an impact.

Despite not playing for the first 13 games, Leggett is averaging nearly 12 points and eight rebounds per game since her return on Jan. 5. Her production is clearly welcome but Leggett provides much more to the team, according to her coach.

“It means so much,” Troy coach Chanda Rigby said of Leggett’s return. “Her energy is some of the best I’ve had in 30 years of coaching. Her energy, being positive and she has fresh legs, all of that means so much to us.”’

That energy is something Leggett said is a conscious push from her and the entire team.

“It’s something that Coach Rigby wants to be established,” Leggett emphasized. “I missed her energy and as soon as I got back, they already had the energy but we just had to take it up to another level.

“We just had to push each other and it’s been spreading from practice to practice, game to game and player to player. It’s constant.” 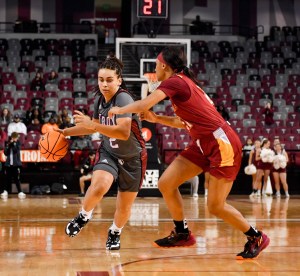 After an All-Sun Belt season in 2021-2021, Leggett decided to step away from basketball but she found out that she wasn’t quite ready to move on from the game.

“I missed it a lot, I really did,” Leggett said. “As much as I thought I was done with (basketball), I definitely missed being on this court, I missed the coaches and I missed the support around me. I was so happy when they said I could come back.”

Leggett earned her first double-double of the season on Jan. 12, in her first appearance in Trojan Arena since returning.

“I’m trying to (get back in the swing of things), slowly but surely,” she said. “I’m going to make sure I get a few more (double-doubles) before we hit that conference tournament.

“I missed (Trojan Arena). There is no better place to play than Trojan Arena. I love the fans and I love the support. It just feels different here. I’ve been giddy all day.”

While Leggett’s minutes on the court have increased with every game, Leggett can also be seen jumping up, cheering and encouraging her teammates on the bench even when she’s not in the game. Her impact on the court is certainly not going unnoticed either.

“You can see her determination,” Rigby said. “When no one can get an offensive rebound, she makes her way to go get a rebound and put it back. Big plays like that give us momentum.”

Leggett hit the ground running with her return to the team but knows she still has some work to do.

“I just want to be more consistent and get my lungs and my legs back,” she said. “I’m a little out of shape still. I also just want to be there for my team and sort of step back into that role that I supposed (to have) last year, and just being as big of a help for Coach Rigby as I can for these last three months.”

Leggett and the Trojans are back at Trojan Arena this Saturday, Jan. 14, for another conference matchup with Louisiana at 4 p.m.