Grady named 5A Lineman of the Year 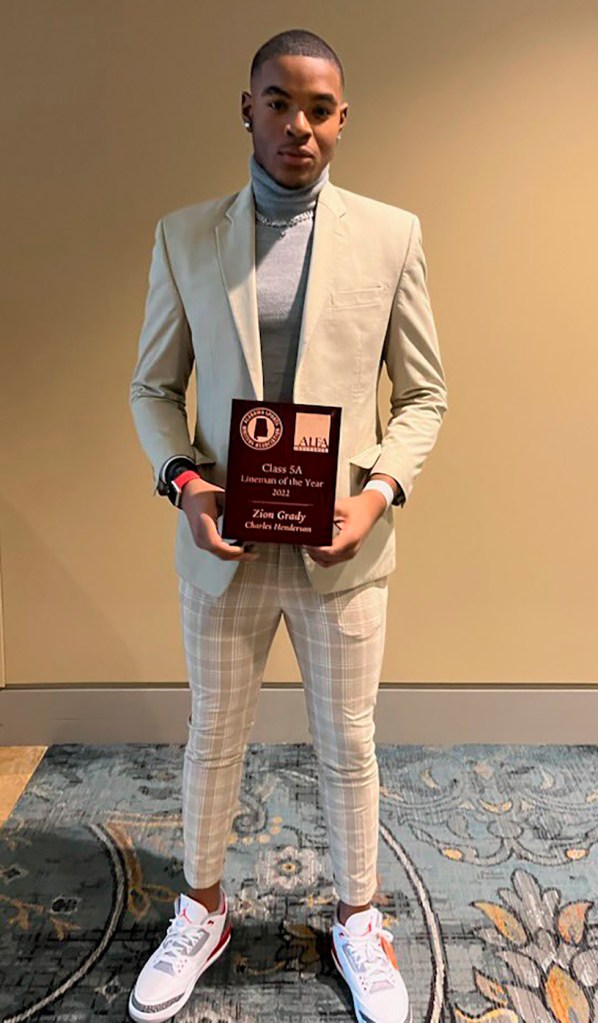 Charles Henderson’s Zion Grady is the 5A Lineman of the Year. (Submitted photo)

Grady caps off his sophomore campaign with yet another accolade after being named ASWA First-Team All-State and All-Messenger Defensive Player of the Year. Grady and the other recipients of awards were honored at the Mr. Football Banquet in Montgomery on Thursday.