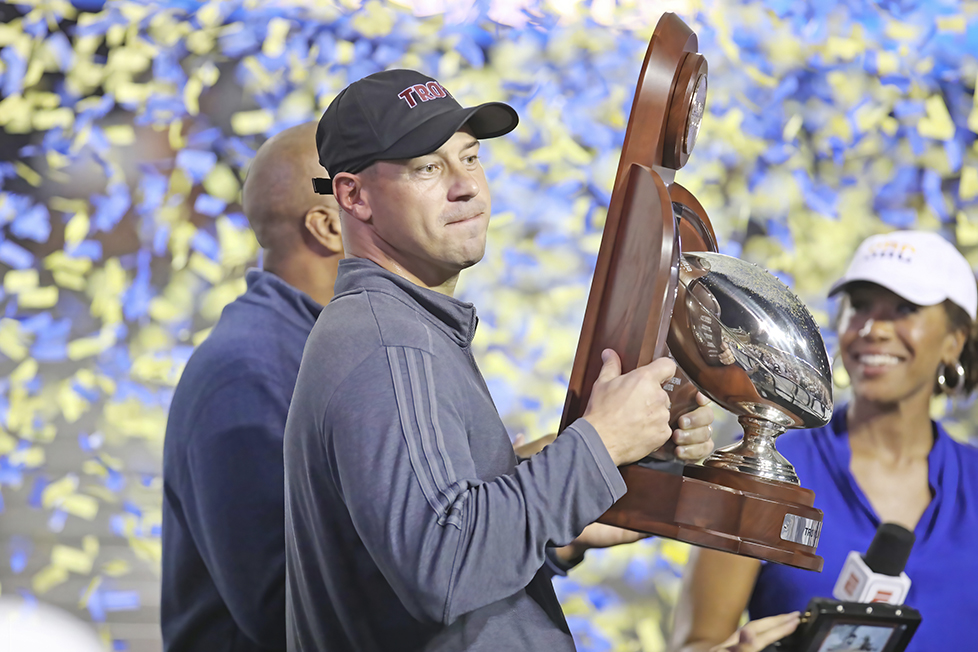 Troy coach Jon Sumrall is a finalist for the Eddie Robinson National Coach of the Year. (Photo by Henry Otto/Creative Media Images)

For the first time in school history, the Troy University Football team has finished in the Division I Football Bowl Subdivision (FBS) final AP Top 25 Poll.

The Associated Press released its final Top 25 Poll following Monday night’s CFP National Championship Game, and the Troy Trojans landed at No. 19 in the poll. Following Troy’s win over UTSA in the Cure Bowl, Troy jumps from No. 23 in the previous poll to No. 19.

Later on Monday, the USA Today/Coaches Poll released its final Top 25 Poll with the Trojans coming in at No. 20, which is the highest ranking Troy has ever earned in that poll, as wel.

Troy’s historic 2022 season ended with the Trojans ranked in the Top 20 for the first time, a Sun Belt Championship, a Cure Bowl win and on an 11-game winning streak. The winning streak is the second longest in the entire country, only behind National Champion Georgia.