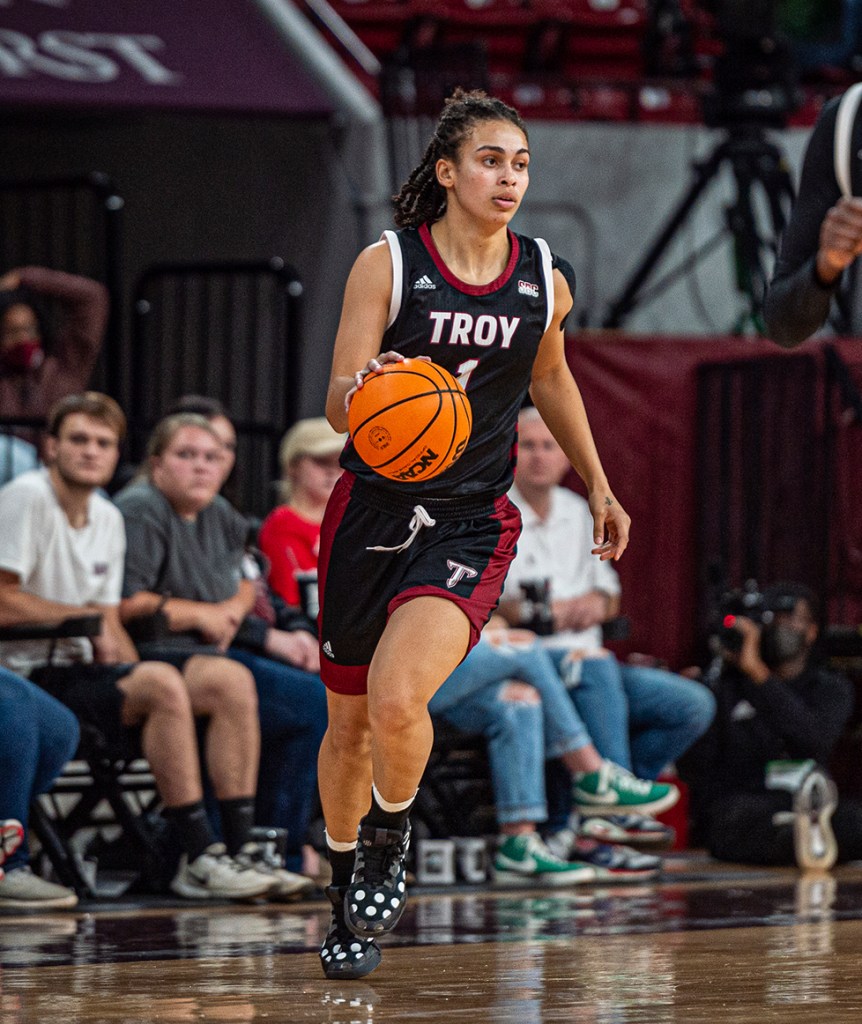 Amber Leggett made her return to the Trojans against Arkansas State. (Photo courtesy of Troy University Athletics)

Troy jumped out to a 26-14 lead in the first quarter but the Red Wolves closed the gap to 42-36 going into halftime. The Trojans, though, owned the second half and outscored the Red Wolves 41-31 to pick up the dominant win and return to .500 on the season. The win also gave Troy its second straight Sun Belt Conference win.

“We played really hard and with a lot of intensity like you have to on the road,” Troy coach Chanda Rigby said. “It was a great team effort and we played with a lot of energy. You can’t always bank on making shots, but you can play great defense and shoot great from the free throw line, which we did tonight.”

Troy also got a surprise this week as All-Sun Belt performer Amber Leggett returned to the Trojans after initially deciding to step away from basketball in the offseason. In just 13 minutes on the court, Leggett scored 12 points and grabbed six rebounds.

The Troy women are back in action this Saturday, Jan. 7, at Georgia State at 1 p.m.