Jim Horne was a hardworking family man who owned Horne Insurance for 50 years.  He was well known in the community and a member of Frazer UMC in Montgomery.  He loved his grandchildren and enjoyed spending time with them.  He will be missed by all who knew him.

In lieu of flowers, donations may be made to St Baldrick’s Foundation, 1333 South Mayflower Avenue-Suite 400, Monrovia, CA 91016, in memory of Jim Horne.

The staff of Green Hills Funeral Home is honored to serve the Horne family.

Laura Northey Weeks King, a resident of Troy, passed away Wednesday, December 28, 2022. She was 86 years old. 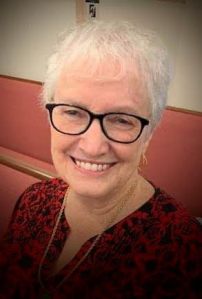 Graveside services will be held at 1:00 p.m. on Saturday, January 7, 2022 at Dannelly Crossroads Cemetery with Pastor Greg Aman officiating.  Visitation will be immediately following the service. The family would love to spend time talking about their Mom or just catching up. The location will be local to Elba and advised at the time of the service. Coleman Funeral Home of Elba directing.

Laura Jean was born September 19, 1936 in Opp, Alabama to Lucy Mae and Charlie Lee Northey. She was a graduate of Opp High School and worked many years as a dental assistant for Dr. Charles Burgess. In the mid-1960s, Laura and her husband moved with their two young children to Elba, Alabama where they owned and operated the Big “R” restaurant until the end of 1984. From Elba, Laura lived and worked in Montgomery for Drs. Bern and Kornegay, again in the dental industry, until her retirement in 1999, following the death of her husband of 45 years, L.G. Weeks. In 2001, Laura married the late Billy Hayes King of Elba. She resided in Elba until the death of Mr. King in 2013. Following his death, Laura moved to the Daytona Beach area to live near her son and remained there until 2020 when she located to northern Georgia (Gainesville, then Ellijay) where she led a wonderful, fulfilling life, singing gospel songs in a group she formed, playing piano–a grand being her favorite, and teaching creative writing, producing newsletters and so much more. Those near her loved her and let everyone know how much she taught them to truly live life and not just exist in their senior years. As throughout her life, Laura exuded a smile like no other and was known for her loving kindness and her incredible sense of humor. She was a wonderful Christian woman and the best mother, grandmother and great-grandmother.

Laura’s children would like to extend special appreciation to the staff of Troy Health and Rehabilitation as well as Compassus Hospice for their extraordinary care and compassion toward their mother. Specifically, they are thankful for the care from Barbara, Tracy, Cooks, Zantha, Chelsea, Mary, Carolyn, Karen, Kelli, Amy, and Leeann and the many others we may not have had the opportunity to meet personally.