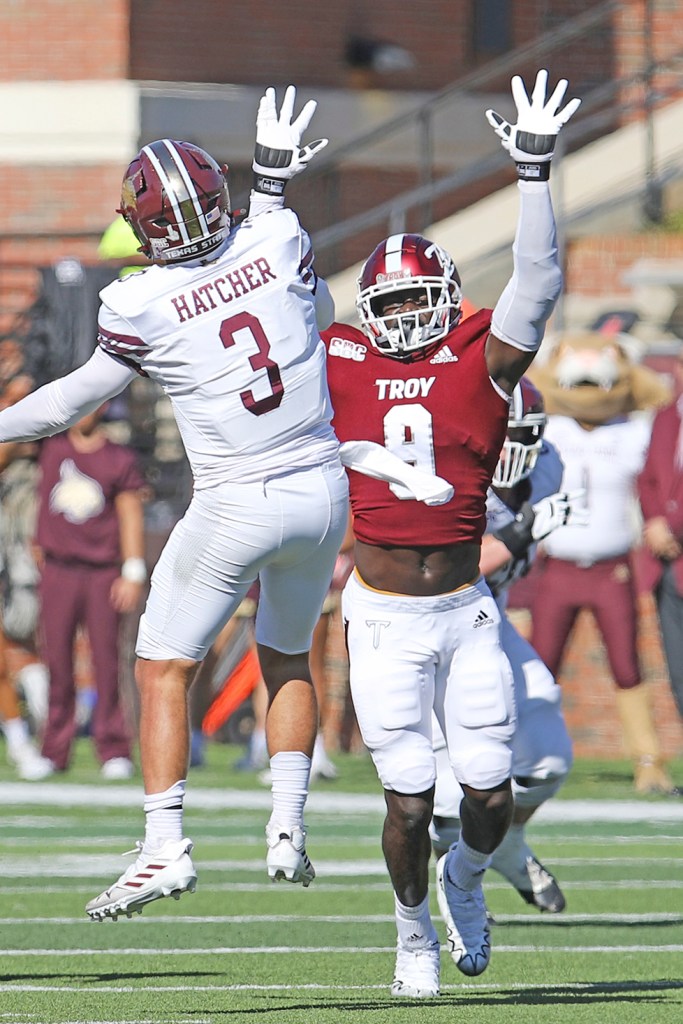 Troy University junior football player Richard Jibunor was named to the AP All-Bowl Team this week for his performance in Troy’s win over UTSA in the Cure Bowl.

Each year, the Associated Press names its All-Bowl Team featuring the top performers during college football’s Bowl Season. Jibunor helped lead the way for Troy’s defense in the win over UTSA, creating a pair of turnovers in the win. Jibunor earned two tackles, one tackle-for-loss, one sack, an interception, a forced fumble and a fumble recovery for the Trojans in the Cure Bowl.

Jibunor earned All-Sun Belt honors for the third straight season in 2022 as he turned in 41 tackles, a career-high 11 tackles-for-loss, 7.5 sacks, three forced fumbles and an interception.