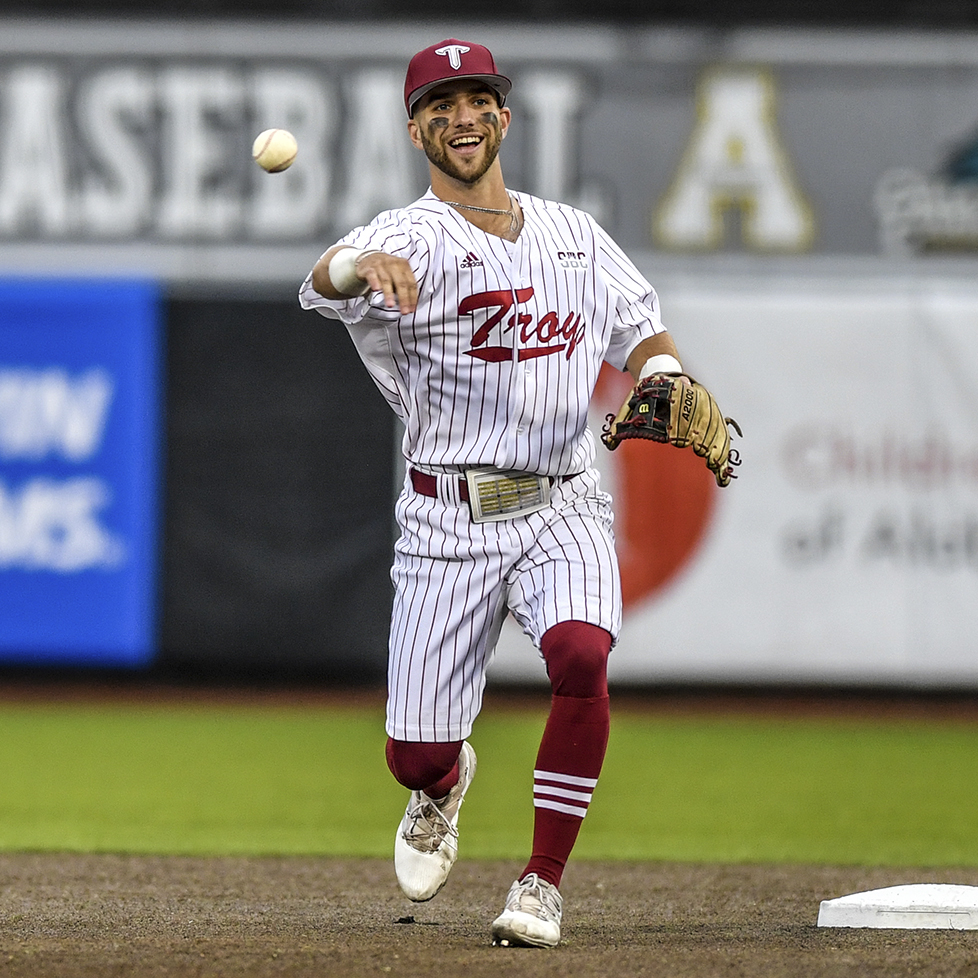 It was announced on Jan. 6 that former Troy Trojan baseball player Jesse Hall is returning to the program as a graduate assistant.

Hall, a Tallahassee, Fla., native, won a state championship at Lincoln High School and was an All-Big Bend shortstop. Following high school, he started his college career at LBW in Andalusia, where he earned All-ACCC Tournament honors as a sophomore.

Hall transferred to Troy in 2020 and during his three years with the Trojans, he amassed 96 starts, 112 hits, 28 doubles, 61 RBIs and four home runs with a .307 batting average. Defensively, he boasted a .950 fielding percentage with 94 putouts and 289 assists. He earned All-Sun Belt Tournament honors as a senior.

Hall returns to Troy as a graduate assistant, replacing Landon Langston, who was hired recently by the Atlanta Braves to serve as a Player Development Assistant.

“We are excited to bring back Jesse, following the loss of Landon to the Braves organization,” Troy coach Skylar Meade said. “Jesse was the poster child for what we want our program to stand for last year, and I know that his consistency in life will spill into his coaching. We look (forward) to Jesse helping our players in various ways to get better daily.”