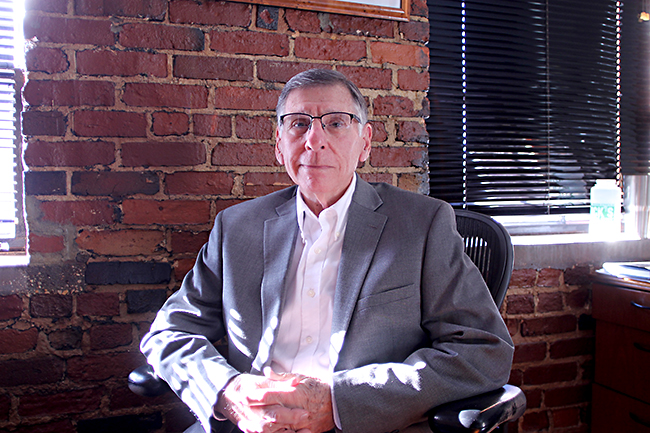 Huck Treadwell | The Messenger After 40 years of serving Pike County has its coroner, Jerry Williams will officially retire on January 11, 2022. A reception will be held in his honor at 10 a.m. Wednesday at the Pike County Courthouse. Everyone is invited.

A reception will be held in his honor at 10 a.m. Wednesday at the Pike County Courthouse Main Courtroom. The public is invited.

Williams said he is very appreciative of the recognition, but the opportunity to serve the people of Pike County in the capacity of coroner has been the greatest honor he could ever receive.

Williams began his service to Pike County as a special coroner for two years with Pike County Coroner Alan Booth.

“When Alan had to be out of town with Troy University obligations as chief of police and security for the university, the laws did not provide for deputy coroners based on the population of Pike County,” Williams said. ‘In the beginning, I was appointed Pike County coroner by Governor George C. Wallace in 1985. Back then, there were no cell phones and no hospice care. So, I had to be close to a land line all day and night, Also, without hospice care, the coroner was called to every in-home death.”

Even when pagers became available, Williams said, it was necessary to find a pay phone or a land line to call in.

Service, Williams said, is the timely and accurately providing of information and documents to families.

“Respect is the most difficult,” Williams said. “To provide real help in time of need and to provide clarity in stressful situations, support in difficult times and strength and comfort in faith and genuine concern, that is the legacy I hope I have accomplished as I retire.

Williams’ wife of 52 years, Mary Ida Wilson Williams, is known to most law enforcement agencies as the “Pike County Coroness.”

“Mary’s support and sacrifice have allowed me to do a difficult job,” Williams said. “Her sacrifice is the real story here.”

Williams said his wife has been left at weddings, church, restaurants and ball games many times and left to find a ride home.

“The same phone that woke me up in the middle of the night, woke her up, too,” Williams said. “Mary never complained. She has always understood how important caring for those in need has been –  important in the Williams’ family and, as she was growing up in the Wilson family as well. Mary Ida Williams is the strength and love God blessed me with through all these years.”

Jerry Williams has served Pike County as its coroner for four decades and, for him, it has been a time of service and a time for learning.

“I have learned the value of time, the worth of character, the obligation of duty, the virtue of patience, the dignity of simplicity, the success of perseverance, the influence of example, the power of kindness and the comfort of God,” Williams said. “I know that I have been blessed by the learning of it all. And, I have been blessed to serve Pike County as coroner for 40 years. For that, I am thankful.”