Foster, Grady finalists for ASWA Player of the Year Awards 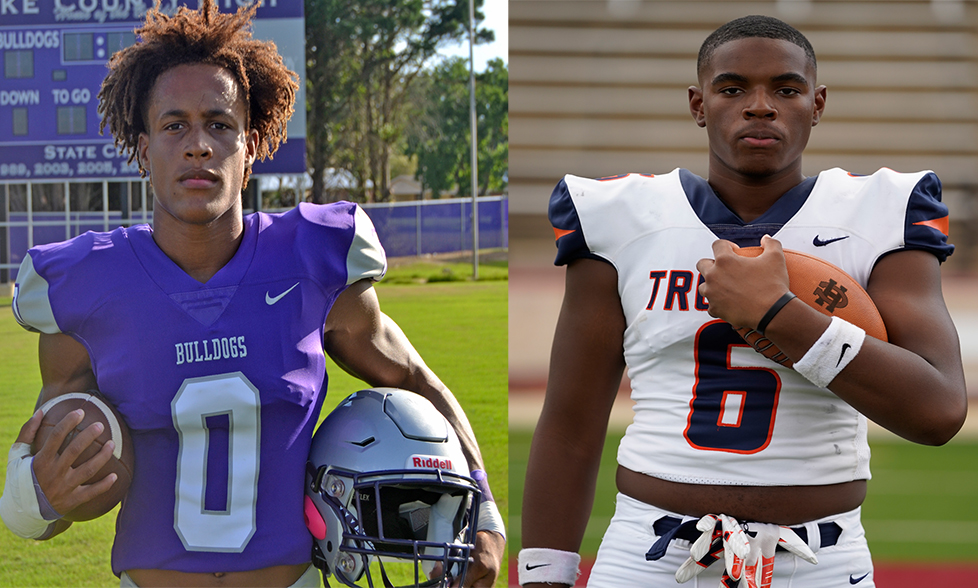 Ian Foster and Zion Grady are finalists for Back and Lineman of the Year.

The Alabama Sports Writers Association (ASWA) will announce its annual awards – including Back and Lineman of the Year for each high school classification – later this month and Charles Henderson sophomore Zion Grady and Pike County senior Ian Foster are nominees.

Grady is a finalist for the Class 5A Lineman of the Year. In 2022, the 6-foot-4-inch, 235-pound edge rusher tallied 106 tackles, a state leading 35-tackles-for-loss, 19 sacks, two forced fumbles and two blocked kicks. Grady is rated as a 5-star college recruit with numerous offers from around the country. Those offers currently include Alabama, Arkansas, Auburn, Florida State, Troy, Penn State, Tennessee, Texas A&M, Washington State and more.

Foster is a finalist for the Class 3A Back of the Year. Foster was a star in all three phases of the game for Pike County as a senior. On offense, he caught 38 passes for 895 yards and 19 touchdowns along with totaling 199 yards and two touchdowns rushing. On defense, he earned 58 tackles, three tackles-for-loss, 12 pass breakups and six interceptions with three returned for scores. He also returned three kicks for touchdowns on special teams. Foster recently signed to play college football at Marshall and held offers from other schools like South Alabama, Vanderbilt, Liberty, Chattanooga, Army and Navy.

The ASWA will announce the winners of the Back and Lineman of the Year on Jan. 12 at the ASWA Mr. Football Banquet. At the banquet, this year’s Mr. Football – the overall Alabama Player of the Year – and the Super All-State team will be announced, too.