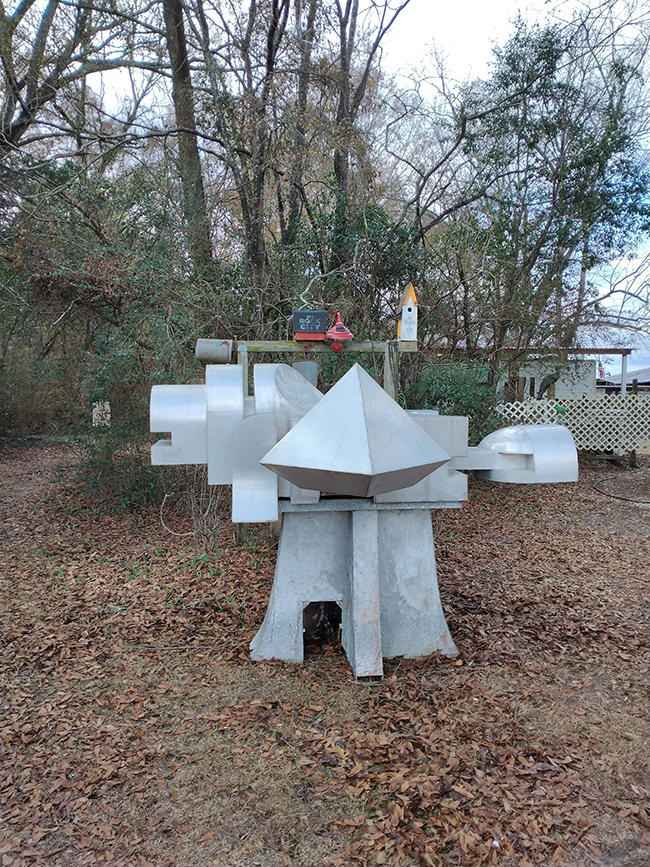 Contributed Photo An Unidentified Found Object recently arrived in the small community of Orion. The object mysteriously appeared and locals are plan to make it a community landmark.

It was Halloween 1938 when Orson Welles fooled America into thinking it had been invaded by aliens. The Mercury Theatre on the Air production of H. G. Wells’ The War of the Worlds is one of the most talked-about radio broadcasts in history.

Doubtful it is that any radio audience in the year 2023, would be so gullible but, a UFO recently observed in Orion could cause concern that the Martians just might have landed in the sleepy north Pike County community.

The UFO is not unlike one that might have transported Martians to Earth. However, self-proclaimed Mayor of Orin Keith Roling said it is doubtful that the small “craft” could not have transported anything larger than church mice to Planet Orion.

“It does look like an object that could have come from outer space,” Roling said with a laugh. “But, right now, there is a bit of mystery surrounding the assemblage. What is it? Where did it come from? Why is it here in Orion and how did it get here and who assembled it and why?”

Roling said the answers to those and any other questions will be answered in the next week or so. Until then, the UFO (Unidentified Found Object) will continue to arouse interest and peek curiosity.

When all questions have been satisfactorily answered, the UFO will become an object of interest for Orion. The public will be invited to attend a ceremony dedicating the UFO as a community landmark for now and into many years forward.