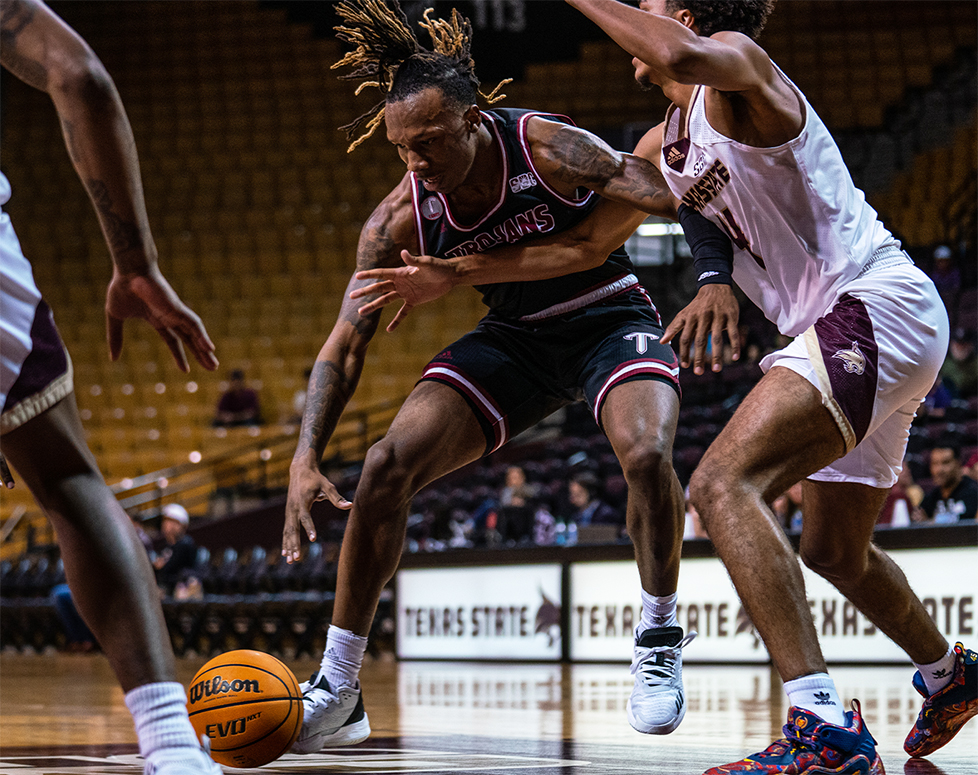 Christyon Eugene and the Trojans picked up their first conference win of the season this weekend. (Photo courtesy of Troy University Athletics)

Senior leaders Zay Williams and Kieffer Punter both had big nights as Troy was able to hang on to beat a feisty Bobcat team. With Texas State leading by four points in the fourth quarter, Troy went on an 8-0 run to take a 48-44 lead with under eight minutes left. In the final eight minutes of game action, Troy held Texas State to just 2-of-12 shooting to hang on for the first conference win of the season.

“I’m super proud of these guys. We battled and got the defensive stops towards the end,” Troy coach Scott Cross said. “I can’t remember the last time we held a Division I program to under 35 percent (shooting).

“Back-to-back games where we played really solid defense, so I can identify with this group. After Christmas, all we worked on was defense and we clearly got better. Obviously, our offensive numbers are a little off because we have been out of rhythm. Once we can get the defense a constant, we’ll have a chance to win every game, and then we can work a little more offensively.”

Troy opens 2023 at home against Old Dominion on Thursday at 6 p.m.