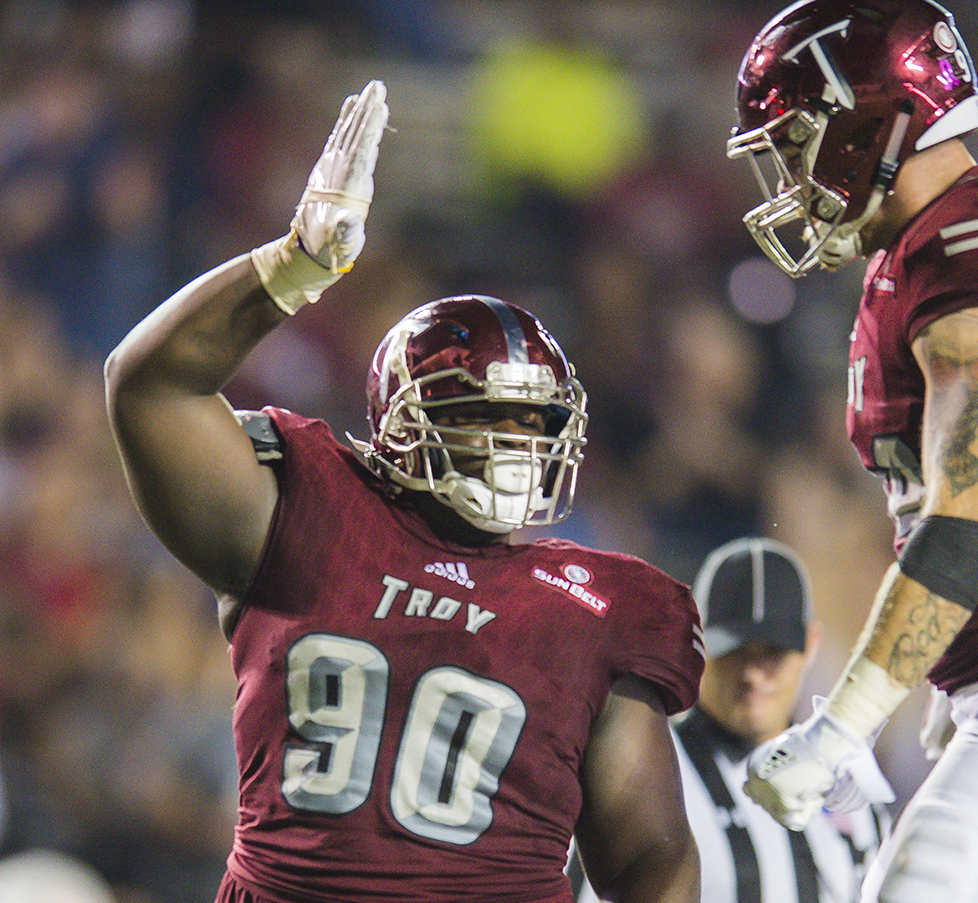 Former Troy star Trevon Sanders will play for the XFL during the 2023 season. (Photo courtesy of Troy University Athletics)

Former Troy Trojan Trevon Sanders was selected No. 11 overall by the Orlando Guardians of the XFL in Tuesday’s 2023 Supplemental Draft.

Sanders, a Charleston, SC native, played at Troy from 2015 through 2018, earning All-Sun Belt honors at his defensive tackle position as a junior and senior. Sanders tallied 30 tackles, seven tackles-for-loss and two sacks as a senior. In his Troy career, Sanders totaled 108 tackles, 16 tackles-for-loss and six sacks.

Sanders signed with the New York Jets in 2019 and played for the Los Angeles Wildcats during the 2020 XFL season, which came to an abrupt end due to COVID-19. Sanders currently serves as a police officer with the North Charleston Police Department in his hometown.

After the XFL filed for bankruptcy following the failed 2020 season, former WWE supertar and actor Dwayne “The Rock” Johnson purchased the league and will be re-launching it this February. Sanders will play for the Orlando Guardians with XFL games scheduled to begin Feb. 18.

Fellow Trojans Brandon Silvers, Damion Willis and Antonio Garcia were previously selected by XFL teams. Willis will play for the Seattle Sea Dragons, Garcia for the Vegas Vipers and Silvers for the Houston Roughnecks.