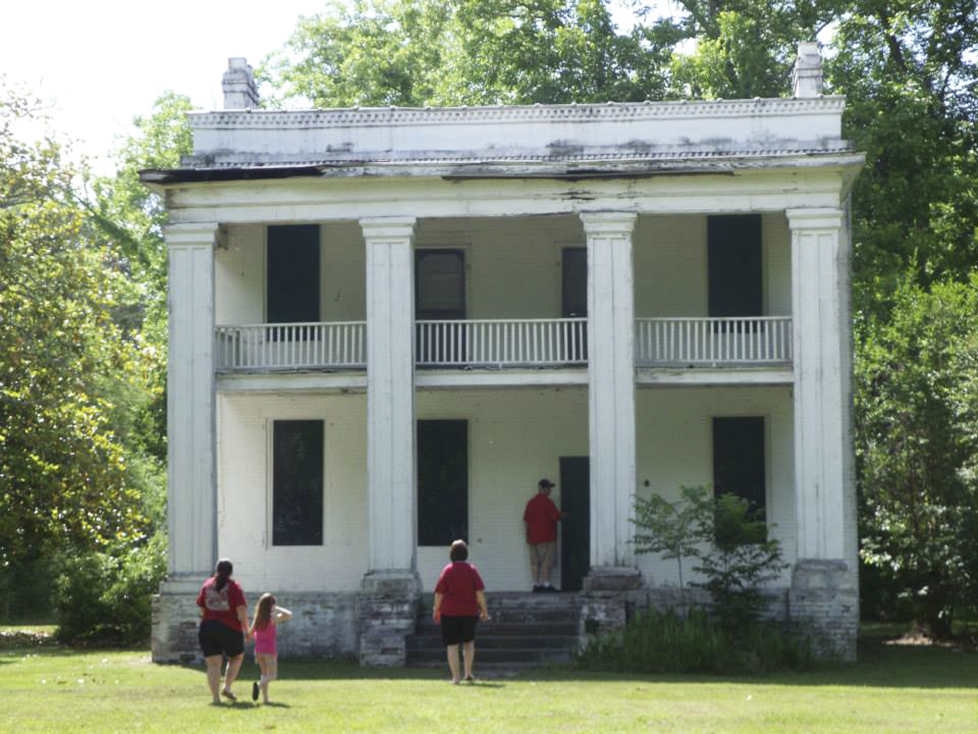 My family exploring the old slave quarters of one of the former plantations at Cahawba in 2013. My mom, far left, didn’t like her picture taken, so if you ever got a shot of her it was usually with her back to you.

My wife and I brought in the New Year doing one of our favorite things: ‘adventuring.’ That’s the term my wife came up with for our road trips.

Our ‘adventures’ are typically day trips – though they can also be longer trips – and range from things like visiting historic sites to visiting museums or supposedly haunted locations or something as simple as driving through the country. These trips are simply about making memories and it’s something that began with me as a child and has continued to evolve, as I’ve gotten older.

My parents – and extended family – would take my brothers, cousins and I on trips ranging from museum visits to camping at the Desoto Caverns or a weekend in the mountains or at Lake Eufaula. Some of my favorite memories are family trips. So, the fact my wife, Bethany has taken to these ‘adventures’ has been a joy for me.

We didn’t wake up on New Year’s Day expecting to go ‘adventuring.’ On Jan. 1, we decided on a whim that we wanted to spend the day out having fun. So, we picked three places we wanted to visit and picked a random one out of a box and headed that way. That trip was to Jackson Lake Island in Millbrook, one of the filming locations for the movie “Big Fish.” It’s a trip Bethany has wanted to do for years.

On Jan. 2, we both had the day off, and decided, “Why waste it at home?” This time, though, we headed to a historic location. Those types of trips are always my favorite. Old Cahawba – just outside of Selma – is still a little known location in Alabama but it’s an extremely historic one. 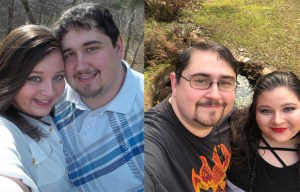 Cahawba (or Cahaba) was the site of Alabama’s first permanent State Capitol. Even before that it was the site of a large Native American village. During the Civil War, Cahawba was home to a massive – and surprisingly humane – prisoner of war camp called “Castle Morgan,” known for having one of the lowest prisoner death rates of any prison camp during the war.

The old town was abandoned by the 20th century and the majority of the buildings of the once grand town were demolished by 1903. It became a “ghost town” and largely forgotten to history. Thankfully, in recent decades the Alabama Historical Commission began to maintain the site of the old town and slowly over time has begun to resurface a lot of its history.

I can’t remember how I found out about Cahawba, probably a simple Google search for “ghost towns in Alabama,” but back in 2012 my parents and I made our first visit to the old town. Everything about it mesmerized me, how something that was such a major part of our history could just become completely lost to time was amazing in itself.

As we walked around the “slave quarters” of a once massive plantation house – one of the few remaining buildings in Cahawba – and ventured through the woods where the “Negro Burial Site” is located, the ugly part of our history hits you. Only 10 gravesites – out of likely 100s – in that location have actually been marked and identified. The majority of the people buried – in the woods – were slaves. Even those that were not born slaves were the children of former slaves.

That was just my first visit to Cahawba, though. Since then, my extended family made the trips with us. Then, seven years ago Bethany and I made our first trip to Cahawba. Every time I’ve been back, some more history has been uncovered, which is one of the best things about going. Jan. 2, marked my fifth total visit to the site and my wife and I’s first visit since that trip seven years ago.

This also marked my first time back at Cahawba since my mom passed away in 2021. I get flooded with memories of her at random times, especially during this past two Christmases, and it’s usually a hard time for me. When I’m on these “adventures” it’s always about making memories, not necessarily remembering, or that’s always how it’s been for me in the past. I’m too busy living in the moment to think about anything else, I guess. This time, though, it was different.

As we walked through St. Luke’s Episcopal Church – the first church that was constructed in the old town – at the entrance of the park, I could only think about my mom. Every time we had visited Cahawba, the old church had been closed to the public and every time it was the one thing my mom really wanted to see. While it was cool being able to walk through the 168-year old church, the inside was pretty much gutted. I joked out loud, “Well, mom, you didn’t miss much.”

As my wife took a bathroom break, more memories started to hit me again. I remembered my mom almost falling into one of the spring-fed wells at the location of a former plantation. I smiled when I thought about her telling my dad he was “full of it” when he said he could “smell a snake” as we walked around the old slave quarters. None of these memories made me sad, though. These memories just made me remember why I love “adventuring” so much even more.