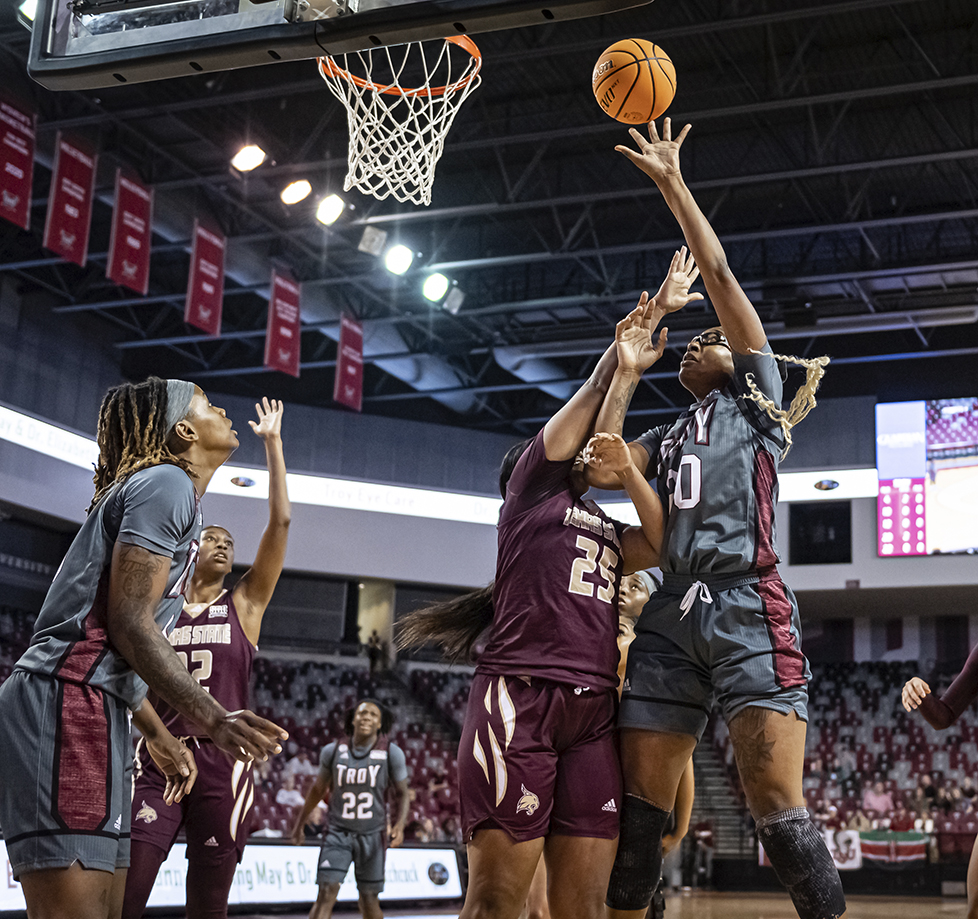 “It was an incredible performance today,” Troy coach Chanda Rigby said. “Texas State was a tougher matchup for us than Southern Miss on Thursday, and we were down two more post players today. I’m really proud of the adjustments the assistant coaches made and the buy-in from the team.”

Troy will look to get 2023 off to a hot start on the road on Thursday at Arkansas State at 5 p.m.