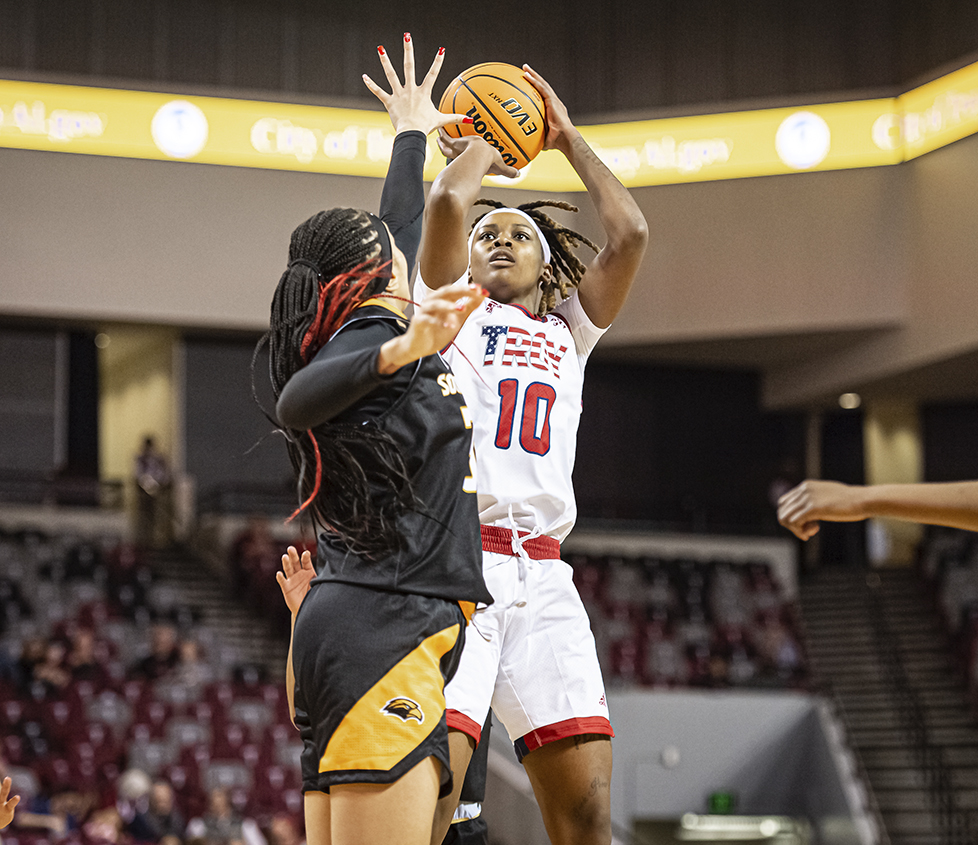 Despite holding a 74-67 lead with under five minutes in the game, Troy would go on to lose as the Golden Eagles outscored the Trojans 10-0 in the final four minutes of play. Troy shot just 37.7 percent from the field, while Southern Miss shot nearly 50 percent. The Trojans were able to force 16 turnovers and also won the rebound battle 44-40, but Southern Miss owned the inside game. The Golden Eagles outscored Troy 46-16 in the paint.

“Southern Miss had a great game plan and they kept making adjustments,” Troy coach Chanda Rigby said of the loss. “The kids played hard, we switched to every defense we had and they had an answer for it. We just have to go back to the drawing board; we feel like we’re better than we played today.”

Troy’s leader, Felmas Koranga, has now missed the last eight games with a leg injury with Troy going just 5-3 during that span.