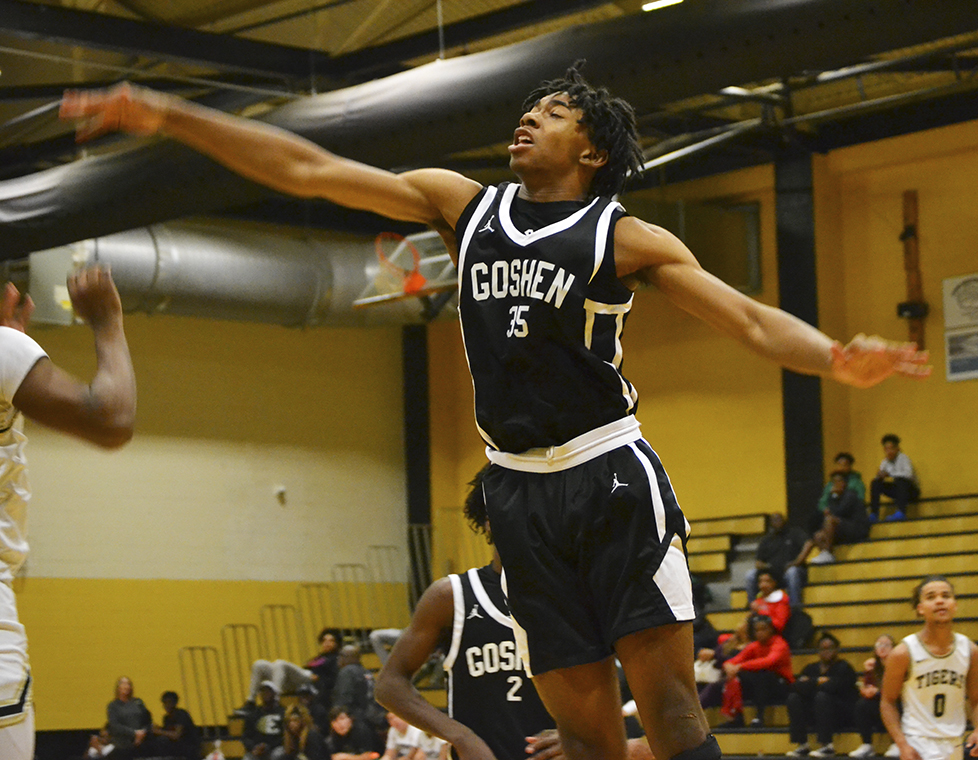 Both the Goshen Eagles and Pike Liberal Arts Patriots returned to Elba on Thursday, Dec. 29, to continue play in the Pea River Classic at Elba High School.

Goshen defeated Pike Lib in the first round of the tournament earlier in the week and battled host school Elba in the semifinals of the Winner’s Bracket on Thursday with the Tigers coming away with a 49-37 win.

Elba held Goshen to single-digit scoring in the first three quarters and hung on to a 41-23 lead going into the fourth quarter. Elba led by as many as 24 points early in the fourth quarter but the Eagles kept fighting and managed to cut the lead to 12 points multiple times and eventually down to 10 points. Elba was able to hang on for the 12-point win in the end, however, as a total of 20 turnovers hampered the Eagles. 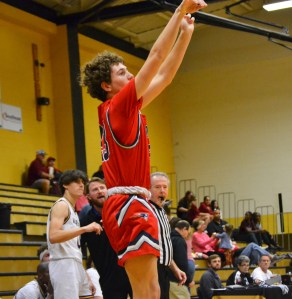 Chase DeBoer (23) knocks down a three against Emmanuel Christian.

In the Consolation Bracket, Pike Lib thumped Emmanuel Christian by a score of 58-37. Pike Lib held onto a slim 12-10 lead after one quarter and led 28-24 at halftime, but the second half belonged to the Patriots.

PLAS held Emmanuel Christian to single-digit scoring in both the third and fourth quarter, outscoring the Warriors 30-13 in the second half. Rhodes Baker led the Patriots with 14 points along with Levi DeBoer’s 13 points. Both Wilson Cotton and Chase DeBoer chipped in with eight points each.

Goshen will play Luverne in the Third Place game in Elba Friday at 4:30 p.m., while Pike Lib faces Pleasant Home in the finals of the Consolation Bracket – for fifth place overall – at 1:30 p.m. on Friday.