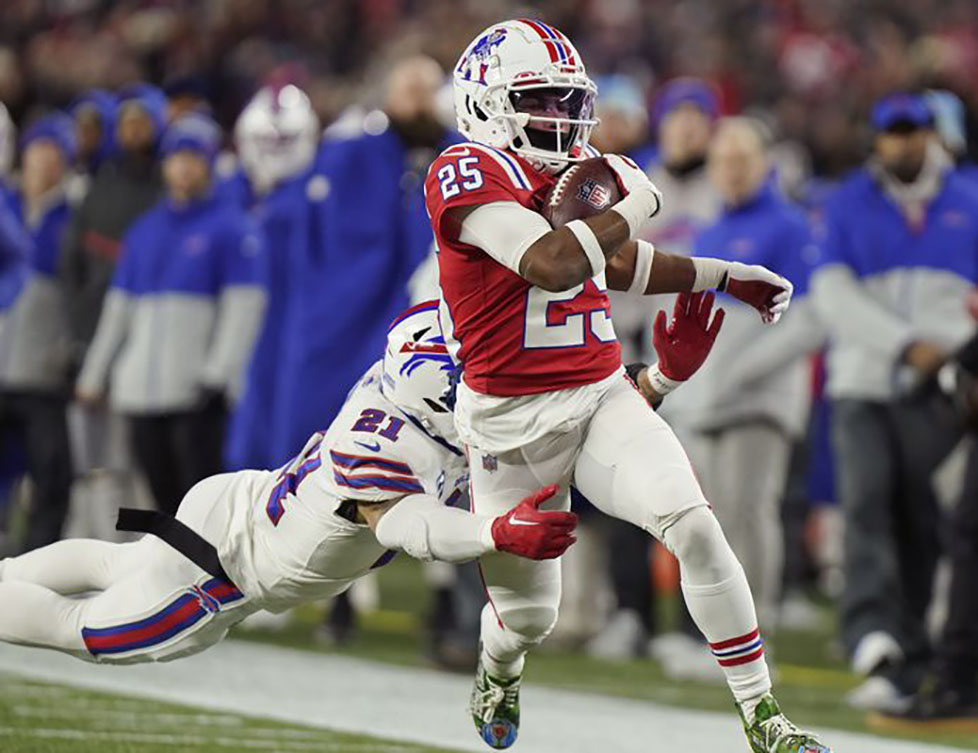 Marcus Jones (25) continues to 'wow' onlookers in the NFL. (Photo by AP)

While many NFL fans may be shocked at the impact New England Patriots rookie Marcus Jones is having this season, fans of high school and college football in the Wiregrass certainly won’t be surprised.

Jones was drafted in the third round of the 2022 NFL Draft by the Patriots, after an All-American career at both Houston and Troy. Jones has not only become a starter on defense for the Patriots, but is making his presence felt in all three phases of the game; offense, defense and special teams.

The Enterprise native is no stranger to being a versatile weapon, however. Jones scored in all three phases in high school, as an all-state athlete at Enterprise High School and became an All-American kick returner and All-Sun Belt cornerback at Troy. In his final season at Troy, the Trojans started using him on offense, as well. 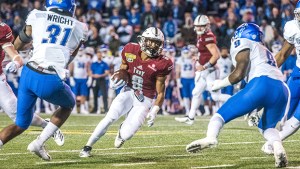 Jones eventually transferred to Houston – after Neal Brown departed for West Virginia – and his full potential was on full display as a senior. After earning All-American honors and leading the country in kick return yardage in 2020, Jones went on to earn All-American honors as both a kick returner and cornerback in 2021. He also won the Paul Hornung Award as the nation’s most versatile player, playing in all three phases of the game and making an impact in each one of them.

Jones finished his senior season at Houston with 47 tackles, five interceptions and 13 pass breakups on defense. On special teams, he returned 15 kickoffs for 510 yards and two interceptions, along with 26 punt returns for 374 yards and two touchdowns. On offense, he caught 10 passes for 109 yards and another score. Over his college career – at both Troy and Houston – Jones scored 11 touchdowns (one on defense, one on offense and nine on special teams) along with netting 15 catches on offense and earning nine interceptions on defense.

Jones started his career in the NFL as New England’s primary kick and punt returner this season, while playing sparingly on defense. Then, he earned his first start on Dec. 1, and responded by recording two tackles and a pass breakup on defense along with catching two passes for 51 yards and his first NFL offensive touchdown, along with three kick returns for 65 yards. Jones netted his first-career interception the following week and tallied a career-high 14 tackles, a fumble recovery and his first-career interception return for a touchdown this past week. Jones has also earned at least one catch in three of the last four games.

On defense, the rookie athlete has 33 tackles, one tackle-for-loss, one fumble recovery, two interceptions and seven pass breakups. On offense, Jones has been targeted just four times, catching all four passes for 78 yards and a touchdown. He’s also returned 26 punts for 337 yards and a touchdown with 23 kickoff returns for 563 yards. He leads the entire league in punt return yardage.

While some fans – and media – have speculated that Jones may be in line for a more significant role on offense, New England coach Bill Belichick has remained adamant that Jones can help the Patriots on offense, but his primary roles will remain on defense and special teams.

“The time allotment in practice and meetings is finite. There’s only so much (time),” Belichick said in a radio interview. “Marcus does meet extra on the things that take place at the same time, we cover them. Can’t get into everything, so we pick our spots. Defense is a priority and his role in the kicking game is a priority.

“Offensively, we kind of try to take advantage of some opportunities and some openings to teach him a few things and let him practice some things that we feel like would help the explosiveness and diversity of the offense. He’s done a great job of that. It’s probably about the way it’s going to continue.”

Regardless of where Jones’ time is spent, he will continue to surprise NFL fans and coaches alike, but those that have seen him show off that versatility his whole life will continue to just see it as “Marcus being Marcus.”