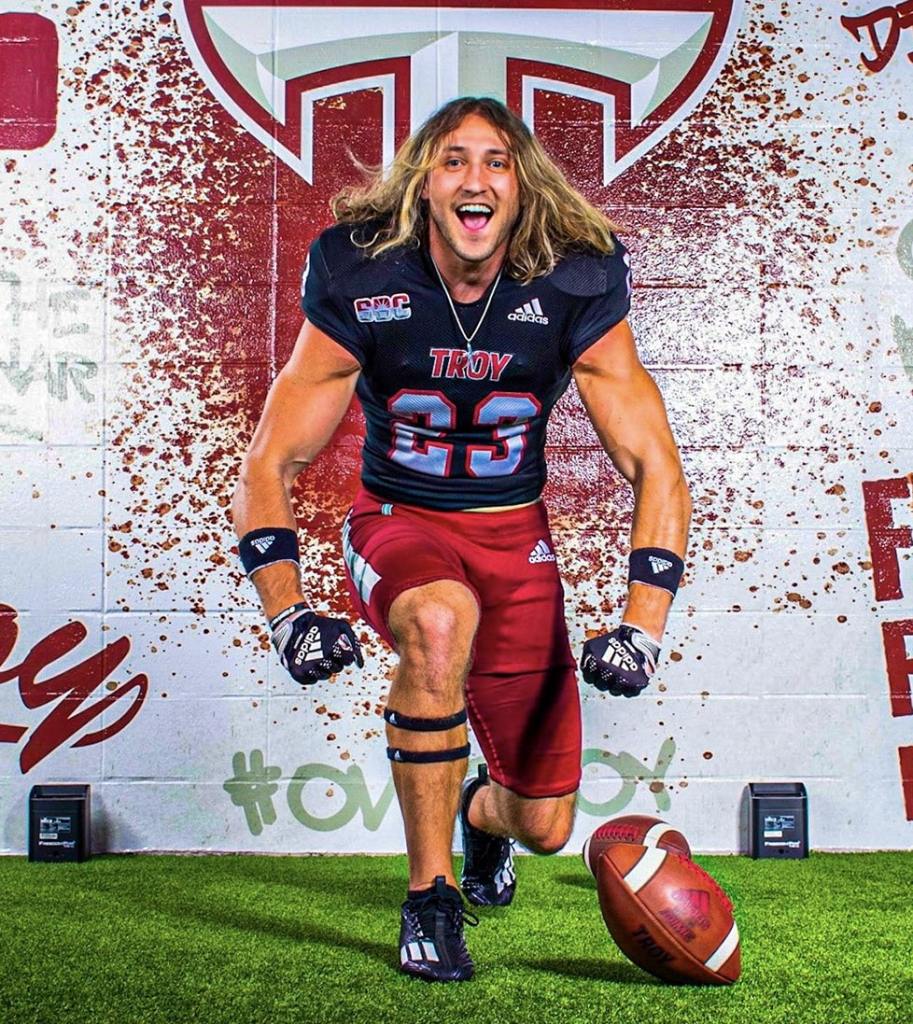 On Tuesday, Dec. 27, Wofford athlete Landon Parker announced that he would be transferring to Troy University with two years of eligibility left.

Parker, a Concord, NC native, earned All-State honors at Mt. Pleasant High School as both a receiver and punter. He was also named Rocky River Conference Special Teams Player of the Year as a senior. He also won a state championship in the long jump in track and field. 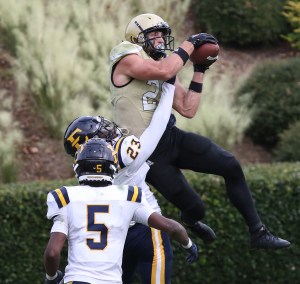 Parker set the Wofford record for receiving yards in a season in 2022. (Photo courtesy of Wofford Athletics)

The 6-foot-3-inch, 210-pounder played for five seasons at Wofford, where he has started at tight end, receiver and punter during his career. He earned FCS All-American honors in 2020 as a punter, averaging 45 yards per punt with two punts downed inside the 20. In 2021, Parker played in just one game before suffering a season-ending injury. Parker came back with a vengeance in 2022 and set the school-record for receiving yards in a season as he earned All-SoCon honors at receiver. He hauled in 40 catches for 803 yards and three touchdowns. He also averaged 42.9 yards per punt. Of his 22 total punts, only 10 were returned at all.