Grady named finalist for 5A Lineman of the Year 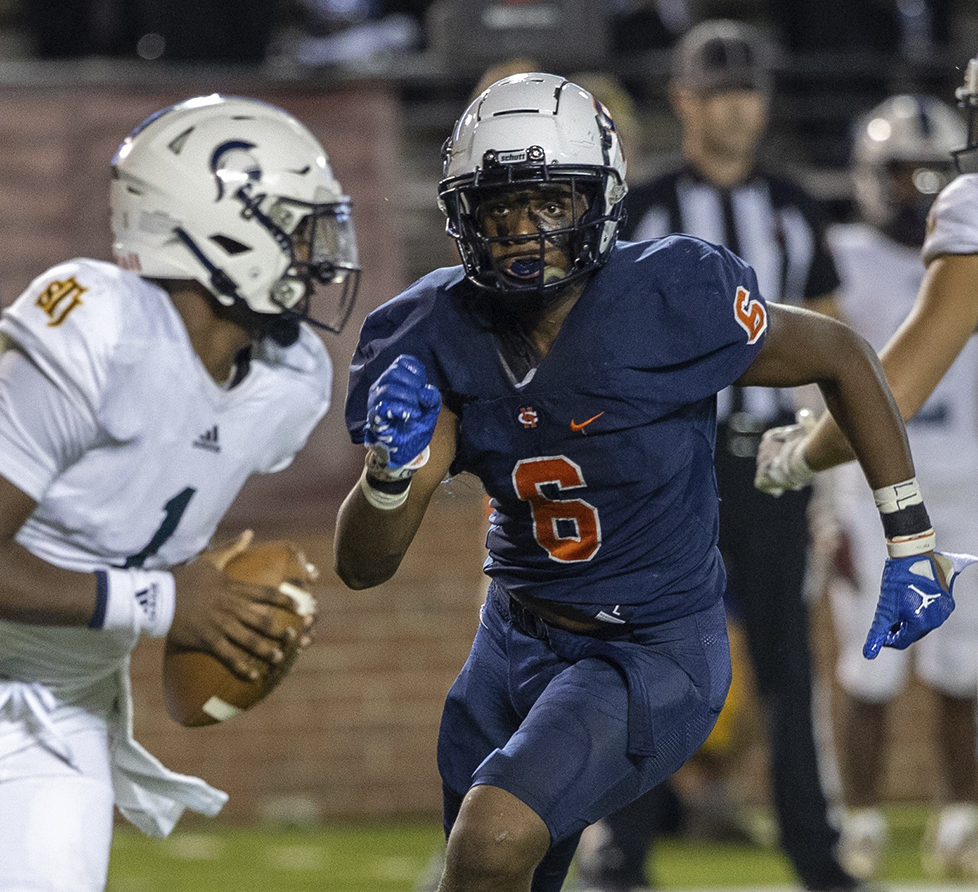 Zion Grady chases down a quarterback. (Photo by Dan Smith)

On Sunday, Dec. 25, the finalists for the Alabama Sports Writers Association (ASWA) Lineman and Back of the Year were announced and Charles Henderson sophomore Zion Grady was named a finalist for Class 5A Lineman of the Year.

Grady was named a finalist in Class 5A alongside Leeds defensive lineman Kavion Henderson and Eufaula defensive lineman – and Alabama signee – Yhonzae Pierre. Grady also earned Class 5A All-State honors in his sophomore campaign as he was one of the leaders on Charles Henderson’s State Runner-Up team.

Grady finished the 2022 season with 106 tackles, a state-leading 35 tackles-for-loss, 19 sacks, three fumble recoveries, two forced fumbles and two blocked kicks. The Backs and Lineman of the Year – along with the Super All-State Team and Mr. Alabama – will be announced at the ASWA Mr. Alabama Banquet in Montgomery on Jan. 12.