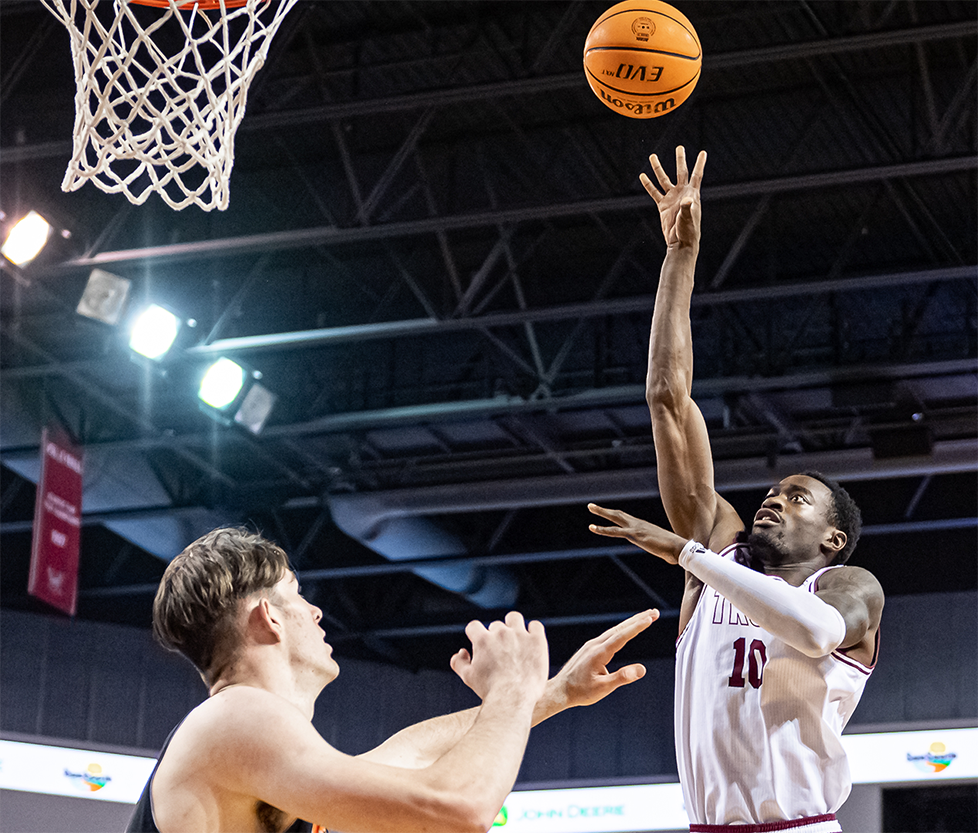 The Troy Trojans men’s basketball team (8-5) closed out the non-conference portion of their schedule on Wednesday at home in a frustrating 82-79 loss to the Mercer Bears (7-6).

It was Troy’s first loss at home this season and snapped the Trojans’ two-game winning streak. Troy fell behind 41-32 at halftime but Troy outscored Mercer in the second half and cut the lead to four points or less multiple times. The Trojans managed a 6-0 run in the final 21 seconds to cut the lead down to three points but it wasn’t enough.

Troy forced 14 turnovers and turned the ball over just nine times themselves, while Mercer won the battle on the boards grabbing 30 rebounds to Troy’s 24. Mercer also shot 56.6 percent from the field compared to Troy’s 48.3 percent shooting. Both teams shot 77.8 percent at the free throw line but the three-point line is where things cost the Trojans. Troy knocked down just 7-of-24 three attempts (29.2 percent), while Mercer hit 8-of-15 (53.3 percent).

The Trojans hit the road on Dec. 29 as Sun Belt Conference play begins at Southern Miss.