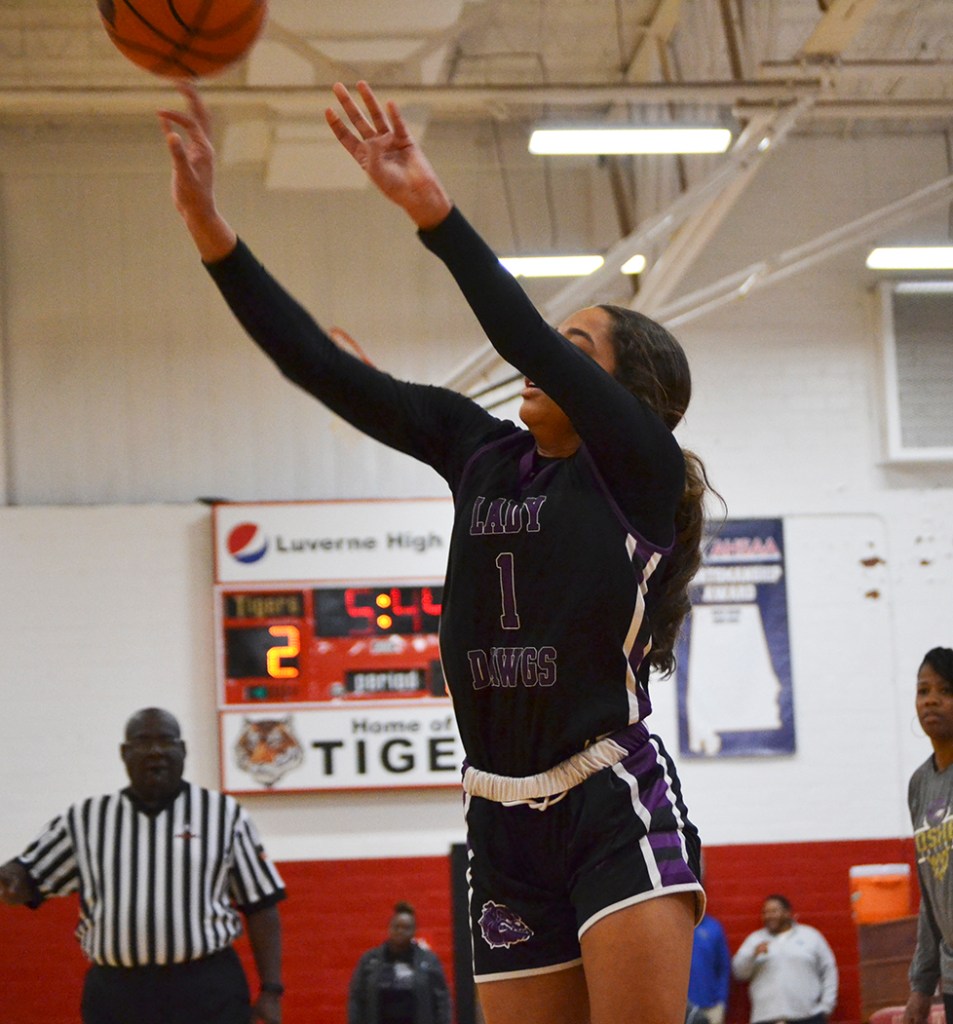 The Pike County Lady Bulldogs advanced to the semifinals of the Dothan Hoops Explosion on Wednesday with a 34-33 win over Abbeville in the quarterfinals.

Pike County hung on to an 8-4 lead going into the second quarter and led 19-15 going inot halftime. Abbeville took control in the third quarter, though, and cut the lead to 29-28 going into the fourth quarter.

Late in the fourth quarter, Lady Dawg Ivy White knocked down a shot to give PCHS the 34-33 lead. Abbeville had the opportunity to send the game into overtime at the end of regulation with a one-and-one free throw opportunity, though. Abbeville managed to knock down the first free throw but the second was no good and the Lady Dawgs grabbed the rebound to secure the win.