Andrews to enter the NFL Draft 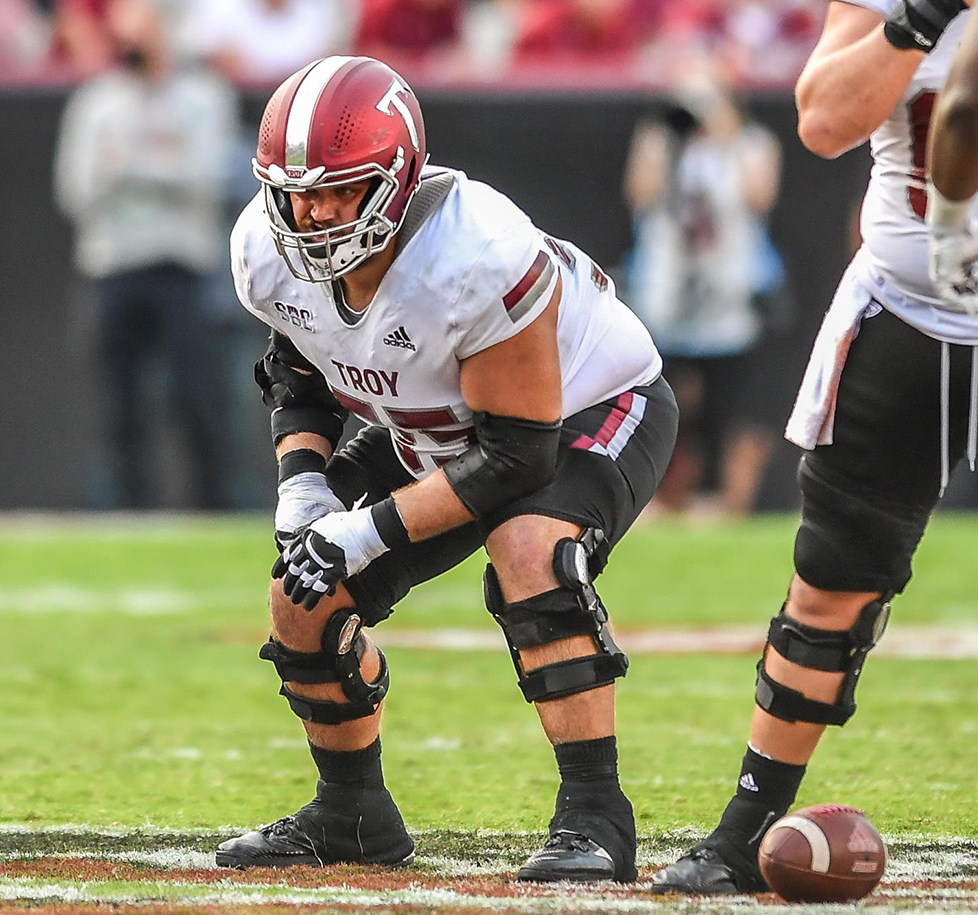 Troy University All-Sun Belt center Jake Andrews will be entering the NFL Draft in April, he confirmed to The Messenger on Thursday.

Andrews – a Millbrook native – has started 37 consecutive games at Troy. He started 23 games at guard in 2020 and 2021 before moving to center this past season. He not only started every game at center but earned All-Sun Belt honors and was on the watch list for the Rimington Trophy. Andrews had another year of eligibility left at Troy.

“Thank you Troy University,” Andrews said in a statement. “These past five years have been a blessing. There aren’t enough words right now for me to express my gratitude for the great university and all of the amazing people I have been able to be around. Troy will always be home for me and my family.”

Andrews graduated with a bachelor’s degree in interdisciplinary studies, focusing on business, sports management and coaching. His football career, however, is not done just yet.

“I’m going to start preparing for the draft,” Andrews told The Messenger. “I love (Troy) and owe so much to it.”

Andrews is rated as one of the Top 50 centers in the entire country by ProFootballFocus (PFF) and is ranked No. 2 in the Sun Belt and No. 6 in the Group of Five. Despite this being his first year at center, Andrews still earned All-Sun Belt honors.

Additionally, senior safety Craig Slocum Jr. requested a waiver from the NCAA to receive another year of eligibility but was denied. So, Slocum will enter the NFL Draft instead.