Troy falls to Belmont in overtime 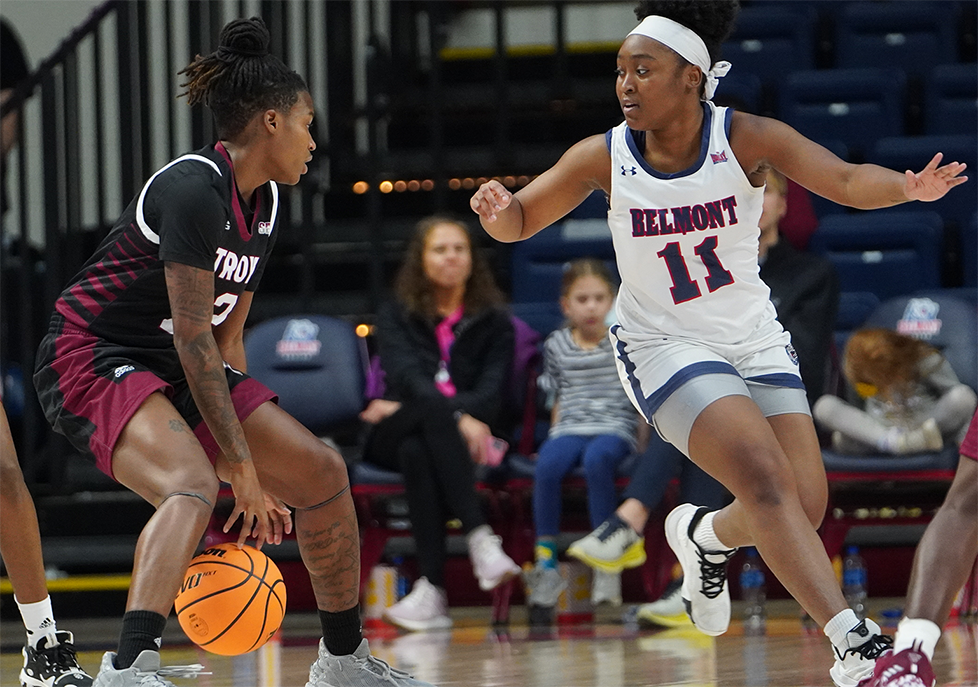 The Troy Trojans (5-6) women’s basketball team wrapped up their non-conference schedule on the road Tuesday, Dec. 20, with a 98-87 loss to the Belmont Bruins (4-7) in overtime.

Troy fell behind 21-19 in the first quarter but rebounded and tied the score 42-42 at halftime. The Trojans came out swinging in the third quarter, going on a 5-0 run and leading by as many as seven points before Belmont went on an 8-2 run. Troy answered with a 5-0 run to give the Trojans a 67-61 lead going into the fourth quarter.

Belmont managed to outscore Troy 19-13 in the fourth quarter and tied the game 75-75 with just over three minutes remaining. The two sides traded leads in the final minute with Troy’s Nia Daniel knocking down a jumper to give the Trojans an 80-78 lead with 38 seconds left. Belmont’s Destinee Wells responded with a layup with 26 seconds left to tie the game and send it into overtime.

“Our Trojans gave a good effort, but we didn’t do the things that could contain Belmont today,” Troy coach Chanda Rigby said. “They were great from the three-point line, and we didn’t do enough to defend their three-point shot.

“We will take this lesson and all those we learned in our non-conference season and be ready to put our best foot forward as we return to Trojan Arena on Dec. 29 and open Sun Belt play.”

Belmont’s Tuti Jones, a Troy native, was unable to play due to an injury, while Syndi Harvey led the Bruins with 33 points, including a school-record 10 three-pointers.

Troy will wrap up the 2022 portion of the schedule at home against Southern Miss on Dec. 29 at 6 p.m. and against Texas State on Dec. 31 at 2 p.m. as Sun Belt Conference play begins.