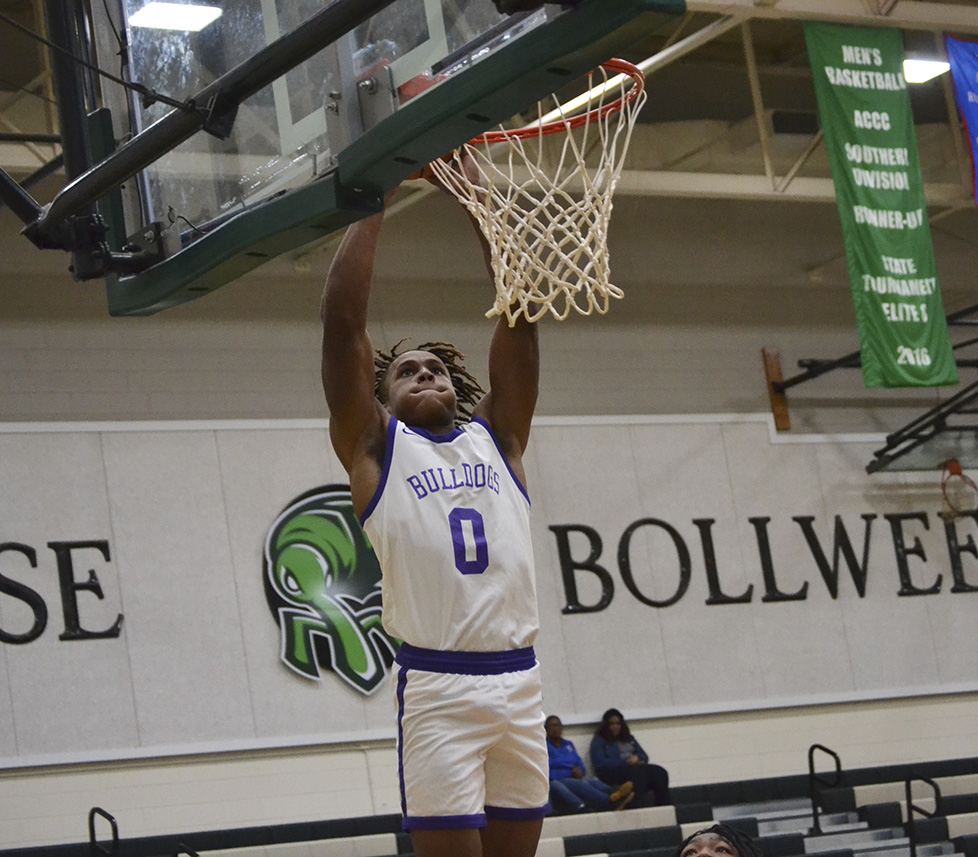 The Pike County Bulldogs closed out the 2022 portion of their 2022-2023 schedule with a second appearance in the Enterprise State Community College (ESCC) Christmas Classic, falling to the Georgia Panthers 83-48 on Tuesday, Dec. 20.

The two sides trading points early, with Pike County taking a 6-5 lead before Georgia closed out the opening period on a 24-0 run to lead 24-6 going into the second quarter.

Kam Christian led Pike County with 17 points, while Markelis Hobdy added 15 points in the loss. Pike County had to play the majority of the game without starting guard Ian Foster, who injured his foot early in the first quarter. Marques Payton led Georgiana with a game-high 32 points.

The game with Georgiana was the final game for PCHS in the ESCC Christmas Classic after earning a come-from-behind win over Dale County on Dec. 19. The Bulldogs will break for Christmas and return to the court on Jan. 6, 2023, against Opp.