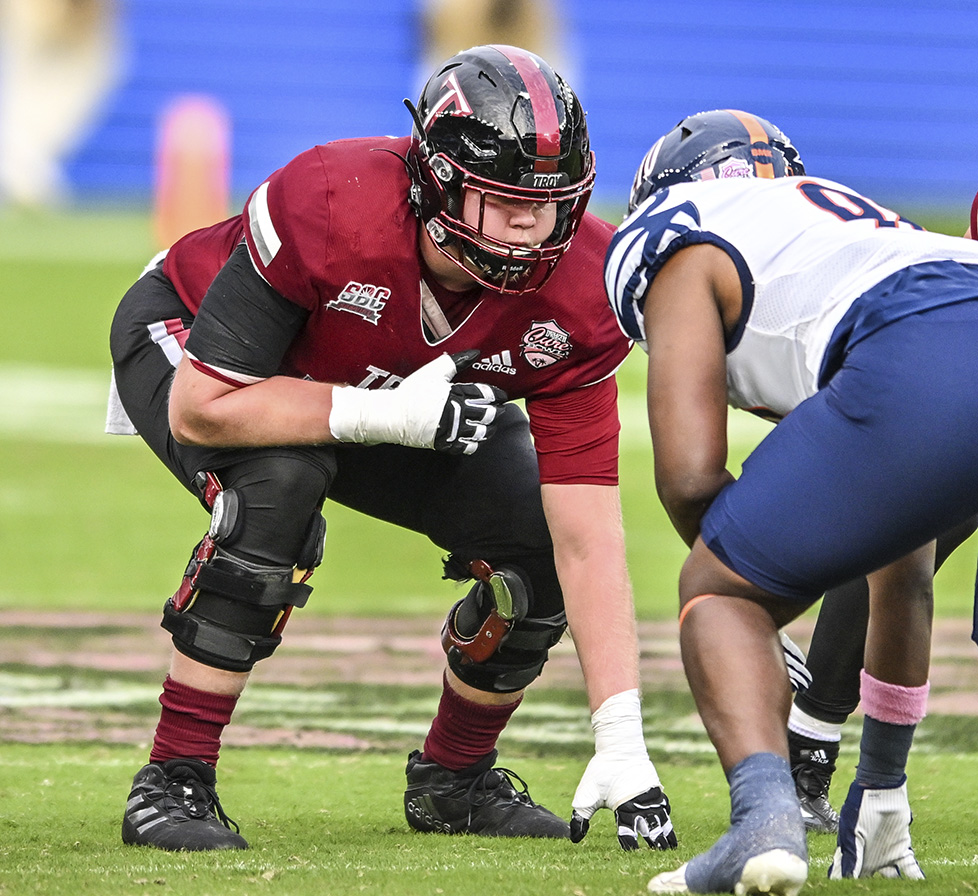 Stidham is the second athlete in Troy history to earn the honor three times, joining former Troy baseball player Dave Banks as the only Trojans to ever accomplish the feat. Banks did it in the 1980s.

Stidham was named to the 2022 First-Team Academic All-American team after landing on the second-team the last two years. The Russellville native boasted a 3.92 GPA while achieving his bachelor’s degree in biomedical sciences. Stidham is currently pursuing his master’s degree in education and boasts a 4.0 GPA in the master’s program. Stidham has decided to pass on what could have been a lucrative career in the medical field to become a STEM teacher and football coach.

While Stidham has been a star in the classroom, he’s also been a star on the football field. He set the Troy career record for starts in the Cure Bowl as the only Trojan player to ever start 62 games in a career. Stidham played all 917 offensive snaps during the 2022 season and allowed just four sacks all season, while committing just two penalties.

Stidham is ranked in the Top 50 of all Group of Five offensive tackles in the country and the No. 8-ranked tackle in the Sun Belt by ProFootballFocus.

Stidham also earned his third First-Team All-Sun Belt selection this season and was a finalist for the Campbell Trophy, which has been referred to as the Academic Heisman.