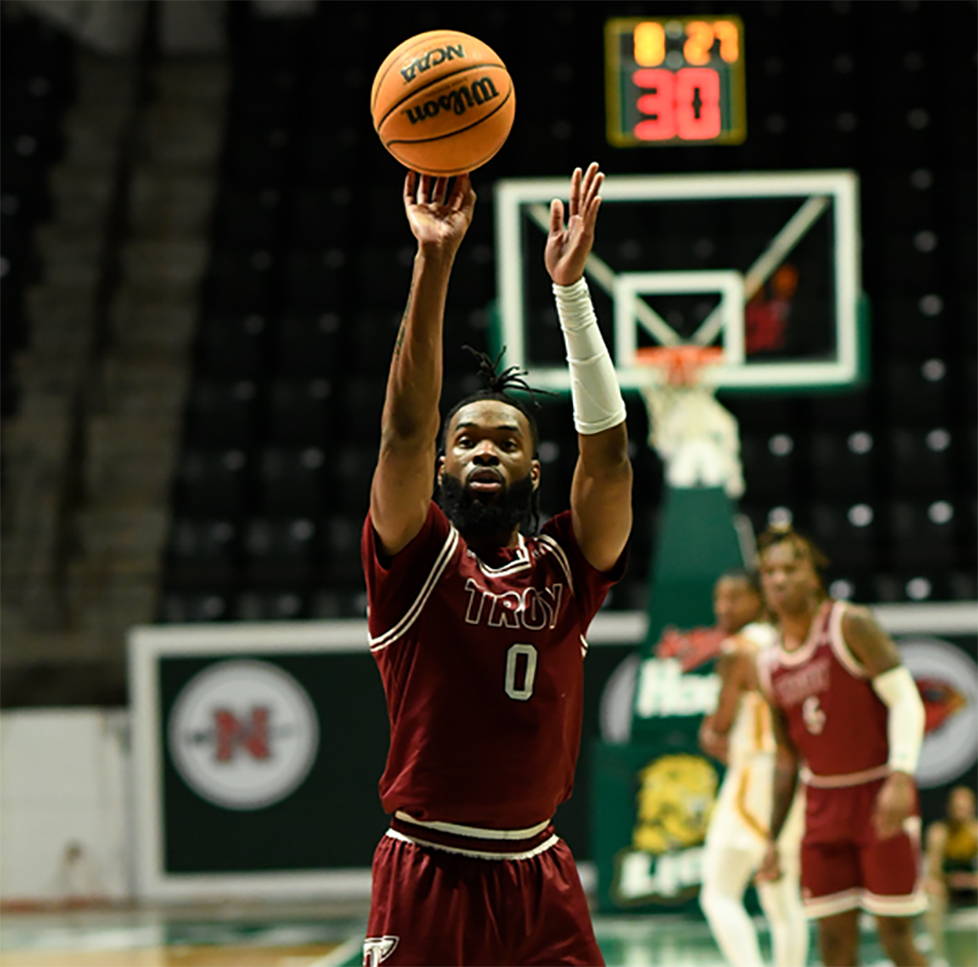 Troy senior Kieffer Punter had a career night as the Troy Trojans (8-4) men’s basketball team picked up a 77-71 road win over the Southeast Louisiana Lions (5-7) on Dec. 17.

Troy’s win over the Lions not only snapped a four-game road losing streak but it also gave the Trojans a bit of redemption after losing to Southeast Louisiana last season.

In the first half, the Lions led by as many as eight points before Troy tied the score 37-37 at halftime with Aamer Muhammad scoring five straight points in the final minute.

The two sides traded leads throughout the second half and the score remained tied 69-69 with just over four minutes remaining. Troy would go on to outscore Southeast Louisiana 8-2 in the final four minutes with Troy knocking down 6-of-9 free throws in the final three minutes.

“I’m very grateful that our guys responded in the second half, it was a great second half,” Troy coach Scott Cross said. “We got the stops we needed. I knew that this was going to be tough just watching them. They were going to give us their best shot. Defense, rebounding and toughness travel, and our guys stepped up.”

Punter was a spark – on and off the court – for the Trojans as he scored a career-high 19 points in the win. He also dished five assists and grabbed six rebounds on the night.

“Punter is a true leader for us,” Cross said. There was a timeout where he brought the guys together and got them fired up. Sometimes it takes a moment like that where the team can respond. When a teammate does something like that, it has a different effect.”

As a team, Troy was outrebounded by Southeast Louisiana 39-33 but managed to force 15 turnovers and both teams shot 44.1 percent from the field. In fact, both teams took exactly 59 shot attempts with 29 makes, but Troy was 18-of-26 at the free throw line compared to 11-of-14 for the Lions.

Troy wraps up its nonconference schedule at home on Wednesday, Dec. 21, at 6 p.m. against the Mercer Bears. It’s also Troy’s final home game of the 2022 portion of the schedule.