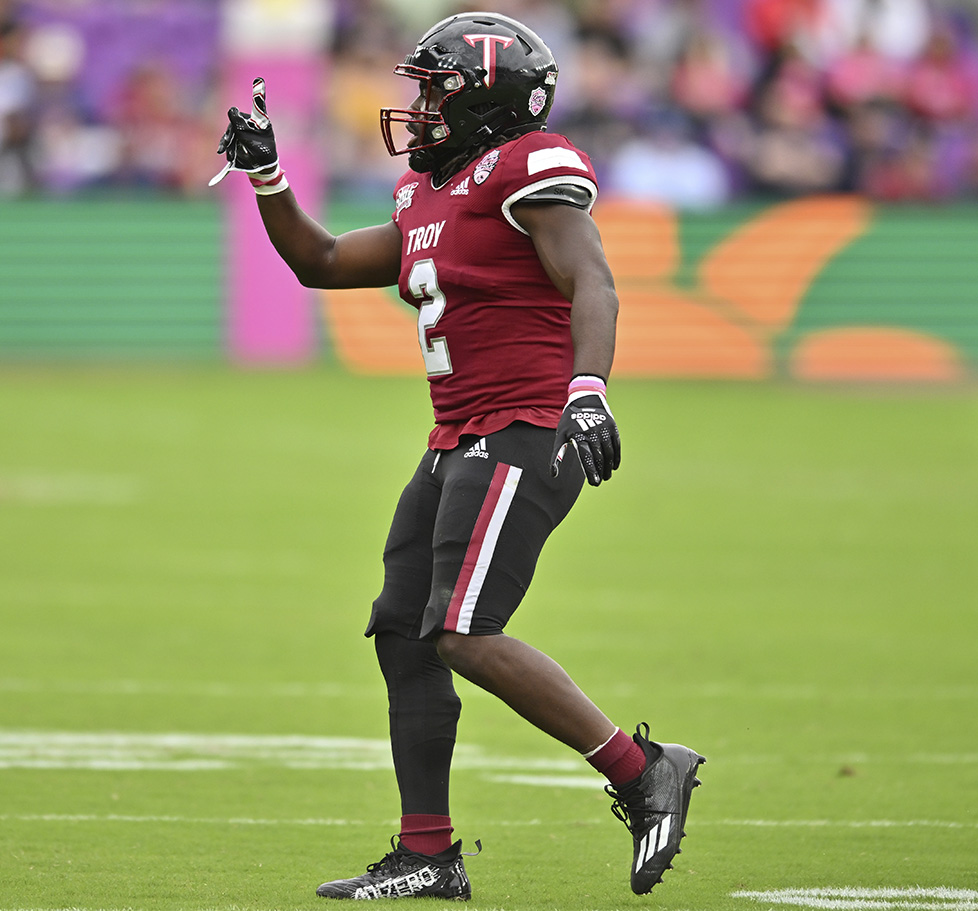 Carlton Martial (2) will compete in the Senior Bowl in February. (Photo courtesy of Troy University Athletics)

After months of speculation on whether he would be invited or not, Troy senior linebacker Carlton Martial has officially accepted an invitation to the 2023 Senior Bowl.

Martial was issued the invitation for the Senior Bowl during preparation for the Cure Bowl last week. The Senior Bowl is the largest, high profile College Football All-Star Game that features some of the top senior football players in the country annually, ahead of April’s NFL Draft. The Senior Bowl is held annually in Mobile, which is Martial’s hometown. The college all-stars get a chance to compete in front of NFL Scouts for an entire week, along with being coached by current NFL coaching staffs, as well. This year’s coaching staffs that will lead the two teams are the New York Jets and Detroit Lions.

Martial wrapped up his senior season as a finalist for the Bullsworth Trophy, First-Team All-Sun Belt, All-American and Sun Belt Defensive Player of the Year. During the season Martial broke the Troy, Sun Belt and FBS career tackle records, as well.

On Monday, Martial also added to his 2022 accolades when he was announced for his third All-American honor of the season as a Phil Steele Magazine Third-Team All-American. Martial has also earned All-America honors from Pro Football Network and Action Network, so far.