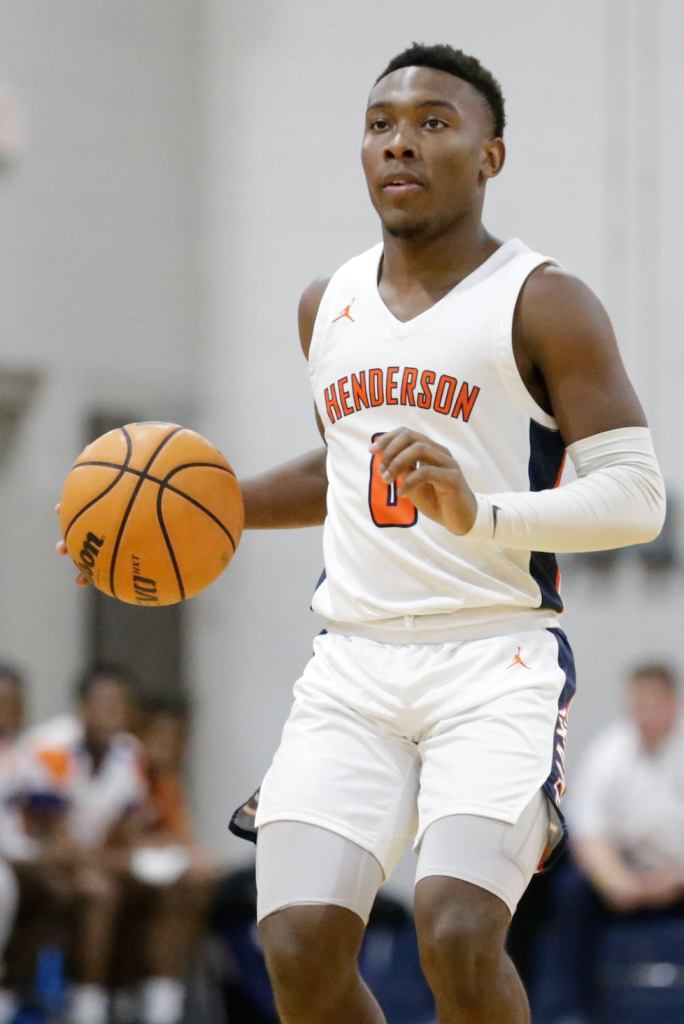 Jy’won Boyd and CHHS picked up a road win over Pike Road on Dec. 15. (Photo by Dan Smith)

The Charles Henderson Trojans and Lady Trojans hit the road on Thursday night and both teams picked up basketball wins over the Pike Road Patriots and Lady Patriots.

The girls team earned a 50-39 win, holding the Lady Patriots to single digit scoring in three of the four quarters. The Lady Trojans took a 15-14 lead into the second quarter and then outscored Pike Road 34-23 for the remainder of the game.

KK Hobdy led Charles Henderson with 16 points, while Madison Ousley added 12 points for the winning side.

The boys team picked up a 96-73 win over Pike Road off huge performances from Jayden Spearman and Austin Cross in a rematch from last season’s Class 5A Regional Semifinals. Spearman scored a career-high 38 points in a performance that saw the senior drop 25 points in the first half with eight three-pointers. Spearman knocked down a total of 10 threes in the win. Cross also scored 28 points for the Trojans and Jy’won Boyd added 14 points.

The Trojans led 26-18 in the first quarter and took a 55-39 lead into halftime. The Trojans also outscored the Patriots 41-34 in the second half. CHHS scored 20 or more points in each of the four quarters in the win. Jayden Cooper scored 26 points for Pike Road in the loss.